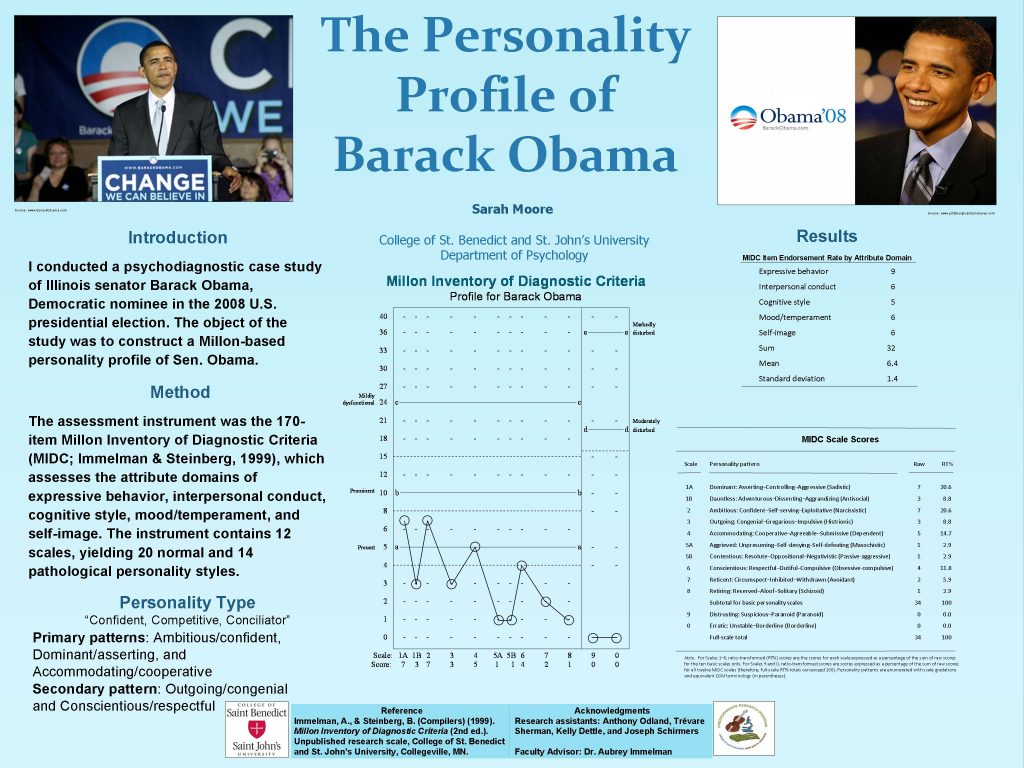 Sen. Barack Obama: Is he tough enough? (Aubrey Immelman, St. Cloud Times, Nov. 1, 2008) — Among the many leaders I have studied – presidential candidates as well as foreign adversaries as a consultant to the U.S. military – Barack Obama is something of a rarity. … Read more

Related page on this site 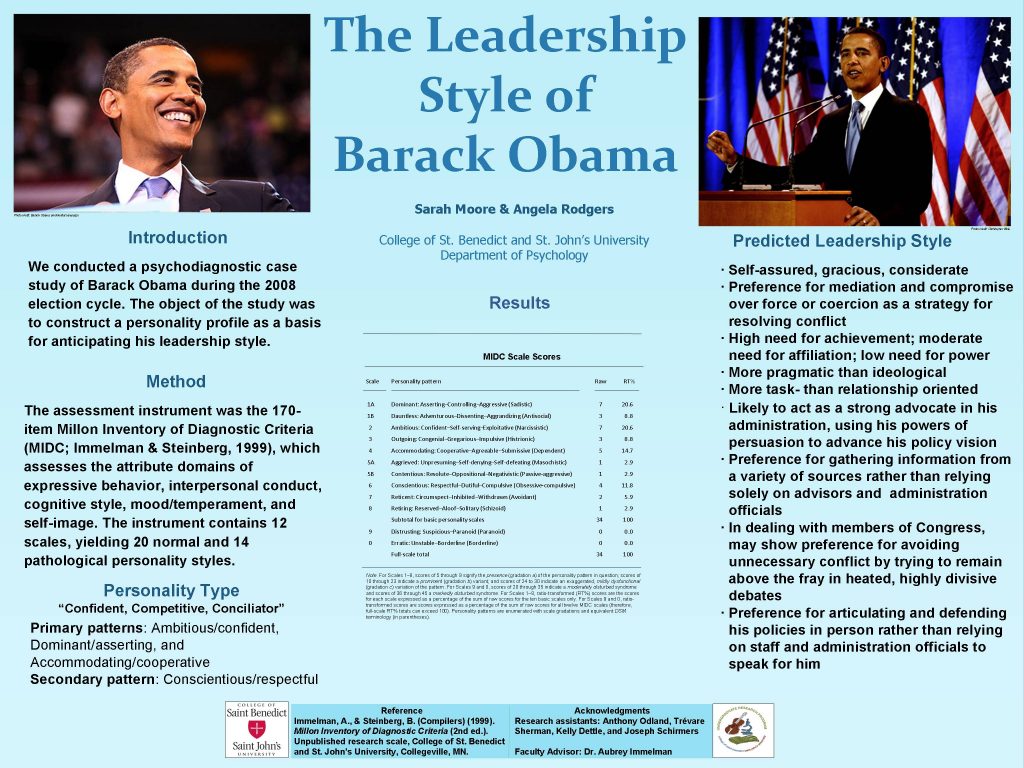 The secret to Obama’s success: He’s boring? (Lauren Dzubow, O, The Oprah Magazine, pp. 113-114, Apr. 2009) — Aubrey Immelman, PhD, associate professor of psychology at the College of Saint Benedict/Saint John’s University in Minnesota, says the variable that most distinguishes Obama from the two previous presidents is conscientiousness – one of the “Big Five” personality factors in standard psychology (everyone has all five, in differing degrees; the others are openness to experience, extraversion, agreeableness, and neuroticism). … Full report

In his slow decision-making, Obama goes with head, not gut (Joel Achenbach, Washington Post, Nov. 25, 2009) — President George W. Bush once boasted, “I’m not a textbook player, I’m a gut player.” The new tenant of the Oval Office takes a strikingly different approach. President Obama is almost defiantly deliberative, methodical and measured, even when critics accuse him of dithering. When describing his executive style, he goes into Spock mode, saying, “You’ve got to make decisions based on information and not emotions.” … Full report