A psychological analysis of New Jersey governor Chris Christie — a contender for the Republican nomination in the 2016 presidential election — by Joe Trenzeluk and Aubrey Immelman, Ph.D., at the Unit for the Study of Personality in Politics, revealed that Christie’s primary personality pattern is Dominant/controlling, with secondary Ambitious/confident and Dauntless/adventurous features, along with Outgoing/congenial and Contentious/resolute tendencies. In summary, Christie’s personality composite can be characterized as a dominant, self-confident, risk-taking extravert. 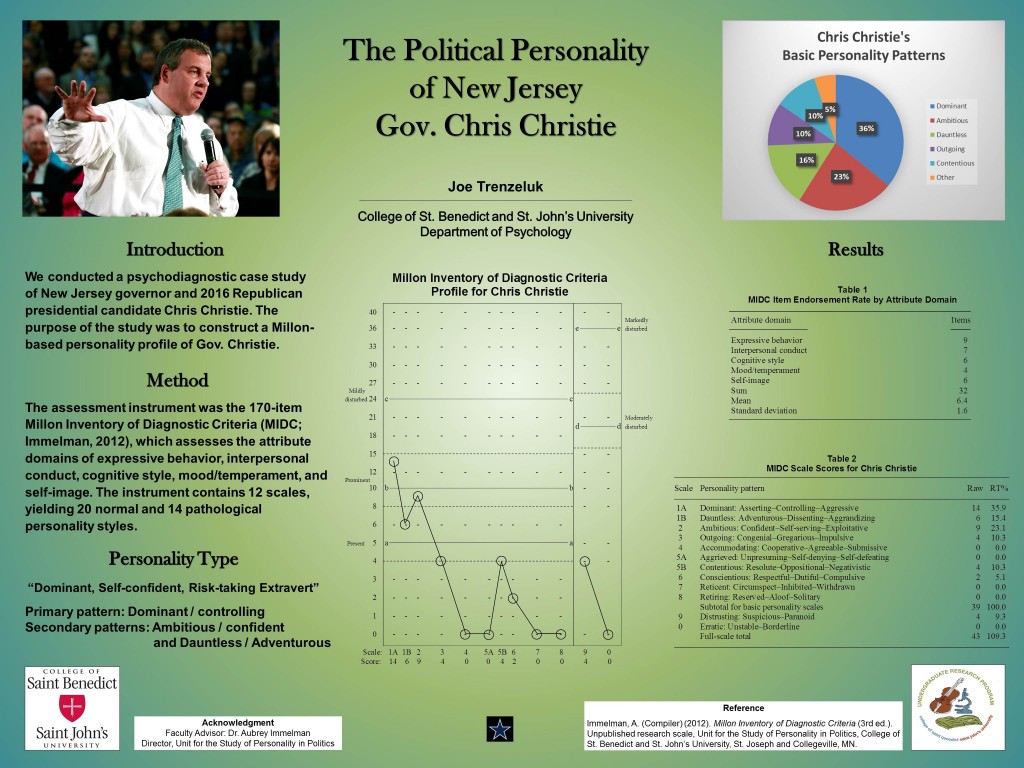 Christie Possesses Charisma and Dominance (Joe Trenzeluk, St. Cloud Times, Aug. 16, 2015) — Donald Trump didn’t get all of the attention in last week’s Fox News debate. One of the more talked-about moments of the debate occurred when New Jersey Gov. Chris Christie and Kentucky Sen. Rand Paul got into a squabble over government surveillance and national security. … Full report

Chris Christie scores moderately high on the Millon Inventory of Diagnostic Criteria-based Personal Electability Index, which has accurately predicted the outcome of every presidential election since 1996.

Following are the PEI calculations for Chris Christie:

Note: Marco Rubio’s construction “dispel with” (see excerpts from transcript below) is poor English usage; he should have said “dispense with” — or simply “dispel.” 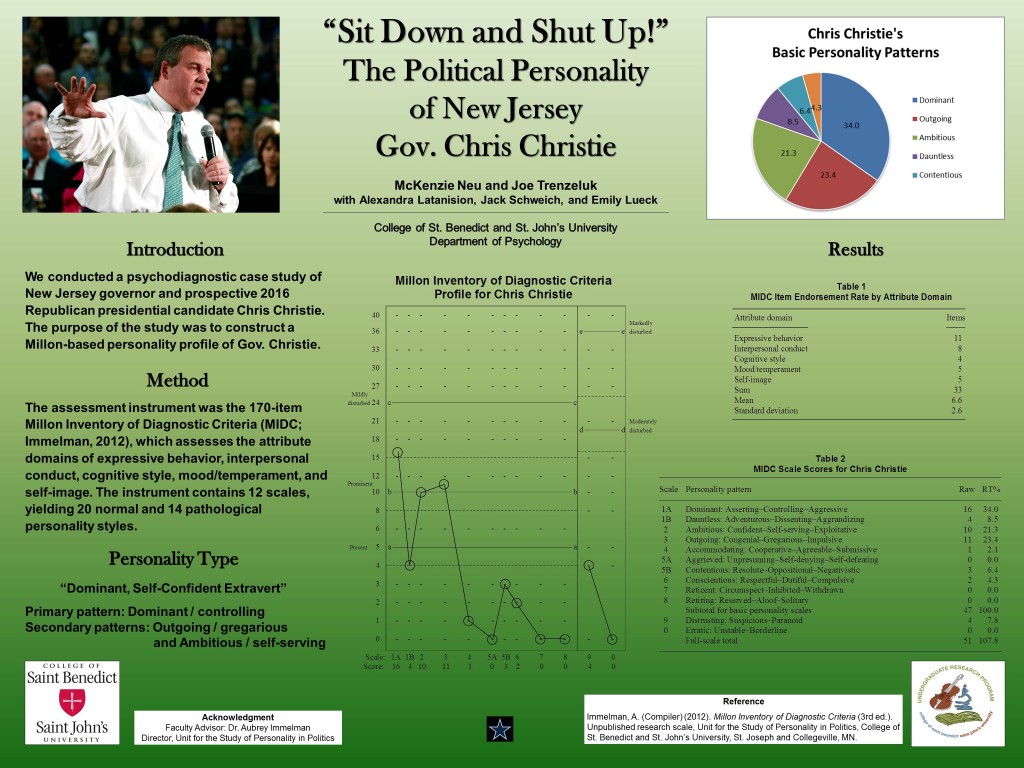 Click on image for larger view of pilot study