A psychological analysis of Wisconsin governor Scott Walker — a contender for the Republican nomination in the 2016 presidential election — by Joe Trenzeluk and Aubrey Immelman, Ph.D., at the Unit for the Study of Personality in Politics, revealed that Walker’s predominant personality pattern is Conscientious / dutiful and Dominant / controlling, with secondary Ambitious / confident features. In summary, Walker’s personality composite can be characterized as aconscientious enforcer. 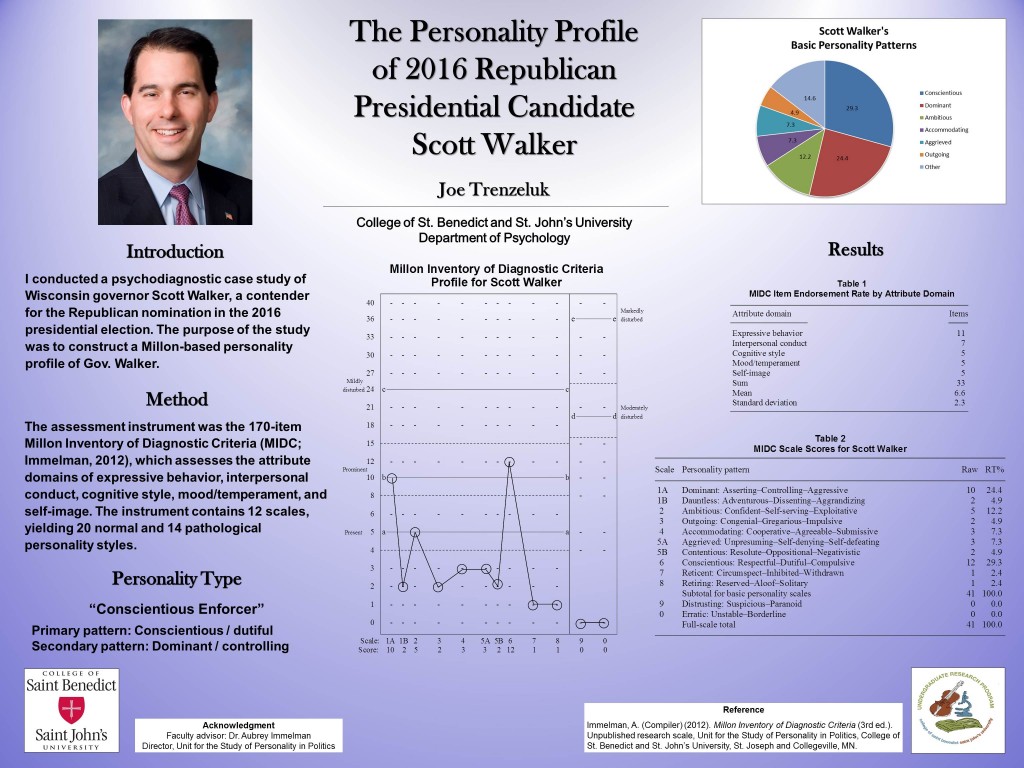 What Does Personality Analysis Say About Walker? (Joe Trenzeluk, St. Cloud Times, Jul. 26, 2015) — Wisconsin Gov. Scott Walker earlier this month formally threw his hat in the ring as a Republican candidate in the 2016 presidential election. It came as no surprise that Walker entered the race; he had been signaling his intent for months and recent polls have consistently ranked him in the top tier of the crowded Republican field. … Full report 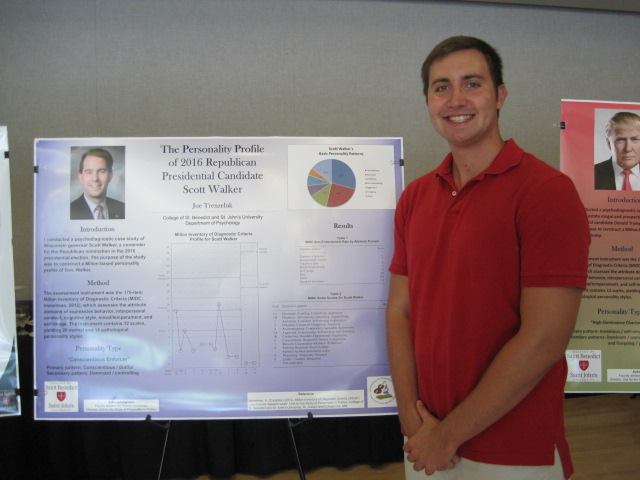 Scott Walker scores relatively low on the Millon Inventory of Diagnostic Criteria-based Personal Electability Index, which has accurately predicted the outcome of every presidential election since 1996.

Following are the PEI calculations for Scott Walker:

Related report on this site 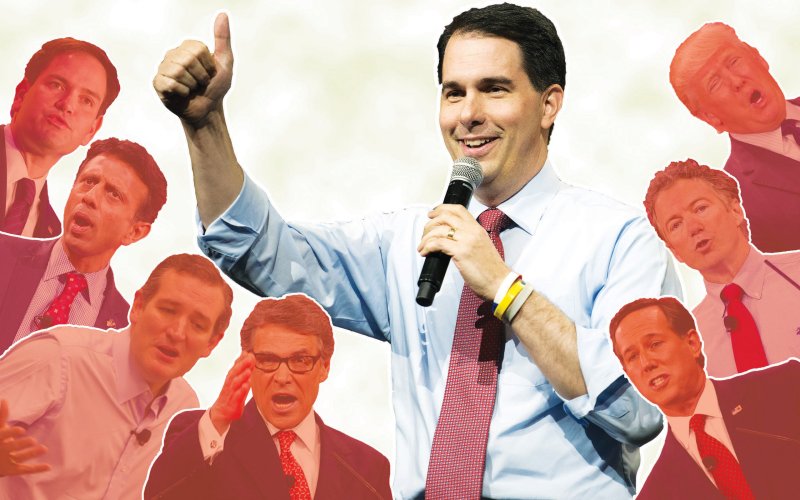