A psychological analysis of former Florida governor Jeb Bush — a contender for the Republican nomination in the 2016 presidential election — by Atarah Pinder and Aubrey Immelman, Ph.D., at the Unit for the Study of Personality in Politics, revealed that Bush’s predominant personality pattern is Conscientious/dutiful and Retiring/aloof, with secondary Dominant/asserting features. In summary, Bush’s personality composite can be characterized as a conscientious, forceful introvert. 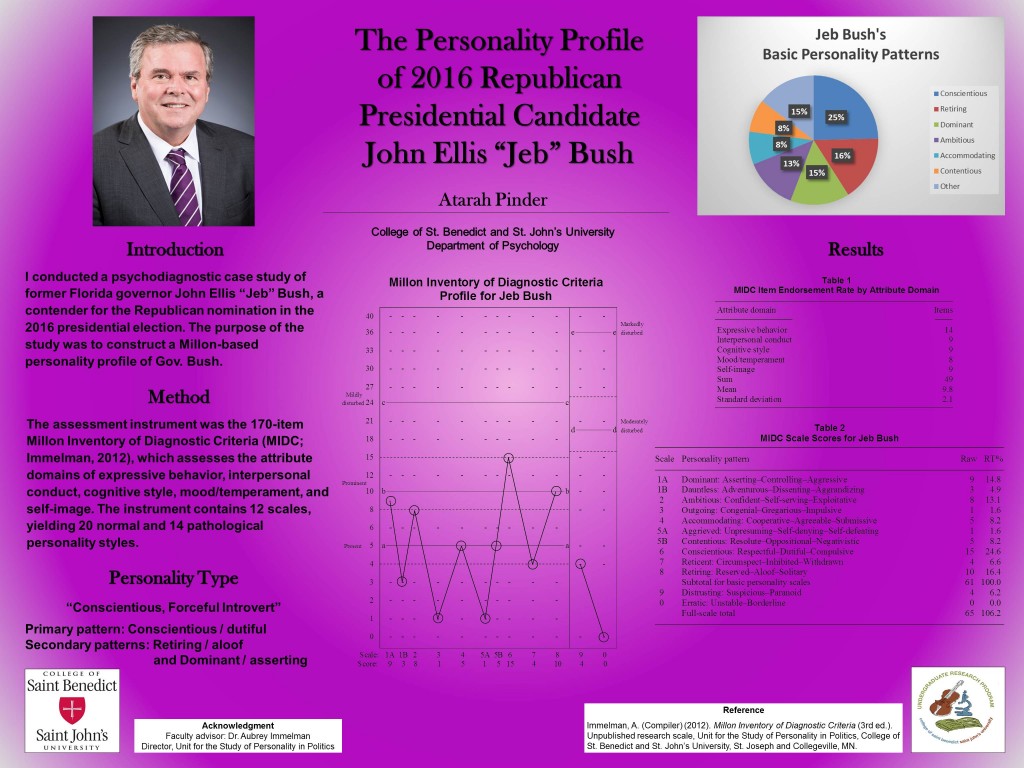 Jeb: Lackluster, Indifferent? Voters May Think So (Atarah Pinder, St. Cloud Times, Aug. 2, 2015) — It isn’t always easy being the son and brother of past presidents. Ask Jeb Bush. In June, former Florida Gov. John Ellis Bush, who goes by the nickname Jeb, formally announced his presidential run. Being a member of arguably the most prominent political dynasty in American history undoubtedly has its advantages. … Full report

The Real Clear Politics poll average has Jeb Bush in second place among 16 candidates, at 12.8%, with Donald Trump the front-runner at 23.2%. 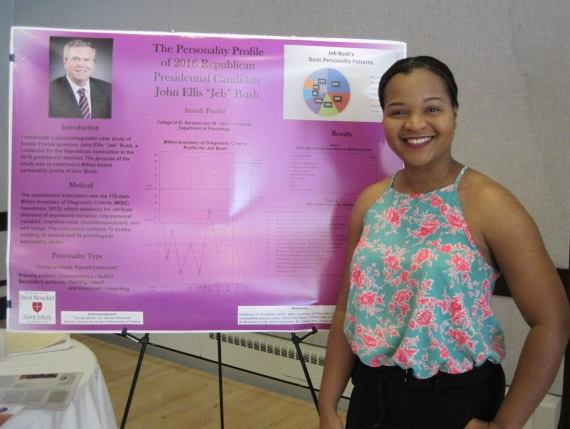 Jeb Bush scores extraordinarily low on the Millon Inventory of Diagnostic Criteria-based Personal Electability Index, which has accurately predicted the outcome of every presidential election since 1996.

Following are the PEI calculations for Jeb Bush:

Jeb’s Most Awkward, Dignity-Losing, Cringey Moments: The Definitive Guide (Katherine Krueger, Talking Points Memo, Feb. 4, 2016) — Long considered the heir apparent in the 2016 Republican race, Bush is now campaigning like a man with nothing left to lose. He’s been polling in the mid-to-lower tier of the still-crowded GOP field for months. He finished a disappointing sixth in the Iowa caucuses, more than 20 points behind Sen. Ted Cruz (R-TX) and Donald Trump, and shelled out nearly $3,000 for each vote he earned there. … Full report

Jeb Bush Suspends His Campaign (MJ Lee and Ashley Killough, CNN, Feb. 20, 2016) — Columbia, South Carolina — Haunted by his famous last name and perpetually stuck in the shadows of his anti-establishment rivals, Jeb Bush repeatedly confronted rejection by voters and frustrating setbacks throughout the 2016 presidential race. In South Carolina Saturday night Bush suspended his White House campaign and acknowledged a painful reality: The country was not interested in a third President Bush. … Full report

How Jeb Bush spent $130 million running for president with nothing to show for it (New York Times, Feb. 22, 2016) — When Jeb Bush formally entered the presidential campaign in June, there was already more money behind him than every other Republican candidate combined. When he suspended his campaign on Saturday night in South Carolina, Mr. Bush had burned through the vast majority of that cash without winning a single state. It may go down as one of the least successful campaign spending binges in history. … Full report 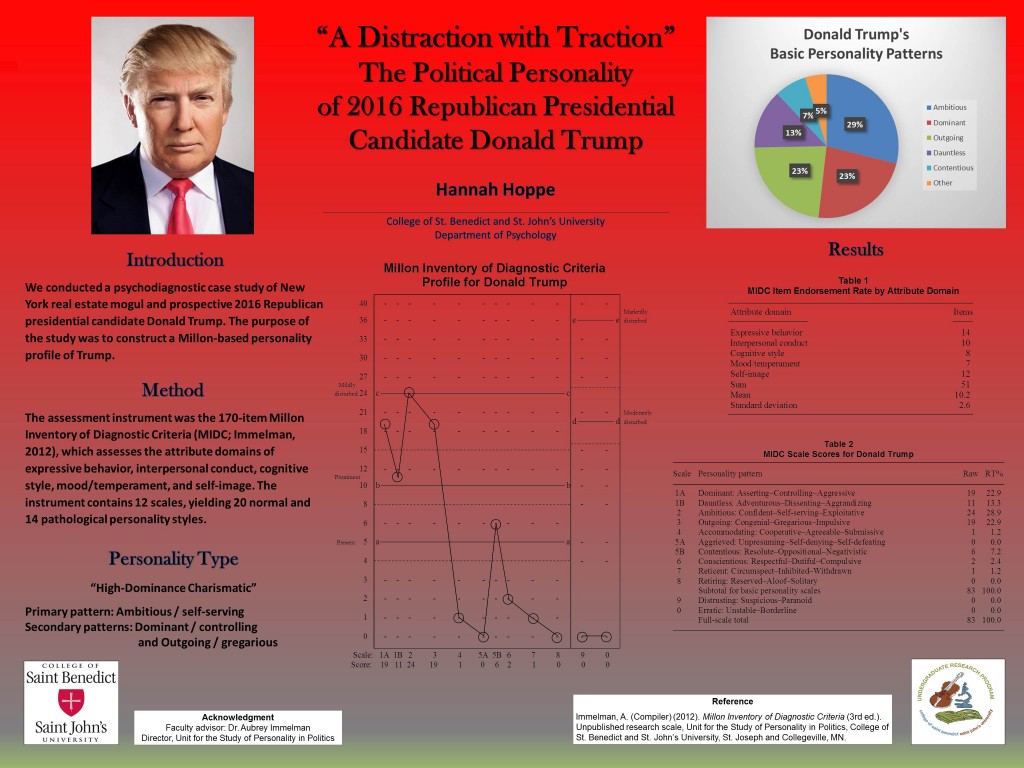