A psychological analysis of Hillary Clinton — Democratic nominee in the 2016 presidential election — by Rylee Pool and Aubrey Immelman, Ph.D., at the Unit for the Study of Personality in Politics, revealed that Clinton’s predominant personality patterns are Ambitious/self-serving (a measure of narcissism) and Dominant/controlling, infused with secondary features of the Conscientious/dutiful and Retiring/reserved patterns. In summary, Clinton’s personality composite can be characterized as an adaptive elitist narcissist.

October 2016 update: Hillary Clinton’s predominant personality patterns are Ambitious/self-serving (a measure of narcissism) and Dominant/controlling, infused with secondary features of the Conscientious/dutiful and Retiring/reserved (introverted) patterns and some indication of Distrusting/suspicious features. This particular personality composite can be labeled elitist narcissism or, in political terms, deliberative high-dominance introvert — deliberative by virtue of substantial conscientiousness.
[http://digitalcommons.csbsju.edu/psychology_pubs/102/] 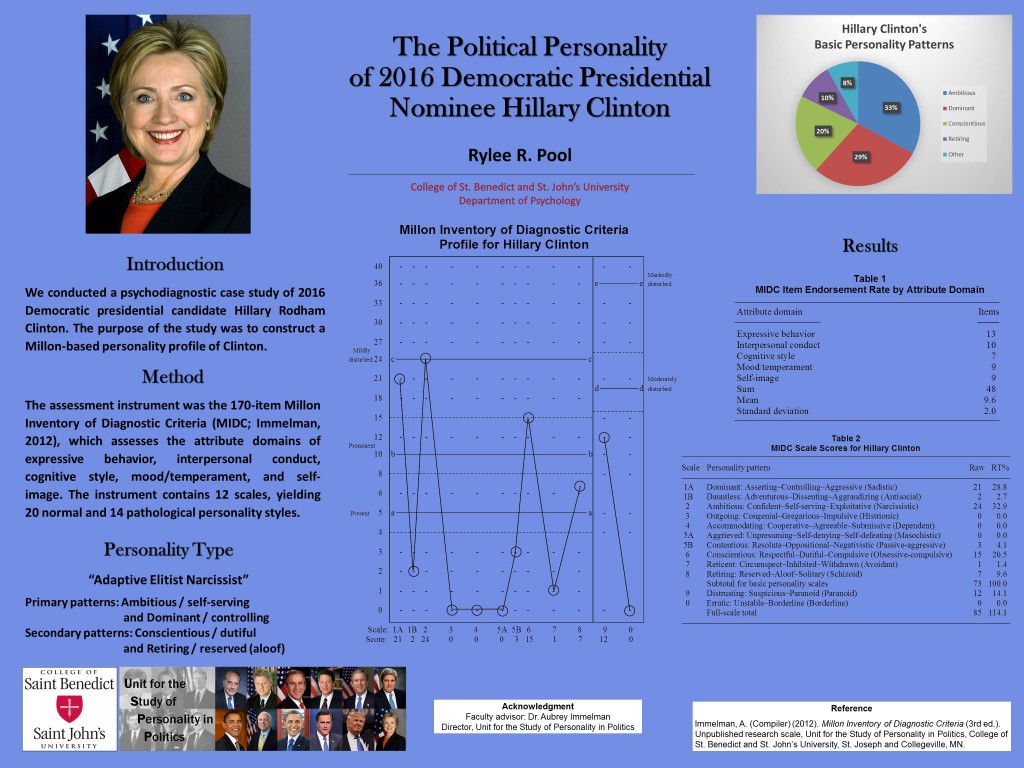 Hillary Clinton scores high on the Millon Inventory of Diagnostic Criteria-based Personal Electability Index, which has accurately predicted the outcome of every presidential election since 1996.

Following are the PEI calculations for Hillary Clinton:

Behind the Clinton E-mails: The Psychological Profile of Hillary Rodham Clinton

On March 2, the New York Times reported that Hillary Rodham Clinton did not have a government email account while secretary of state and may have violated federal rules that officials’ correspondence be retained. (“Hillary Clinton used personal email account at State Dept.” by Michael S. Schmidt, New York Times, p. A1, March 3, 2015.)

The Washington Post has compiled an extensive timeline concerning government rules and regulations on the use of private email accounts and Clinton’s actions regarding her private account for the purpose of government communications. (“Hillary Clinton’s e-mails: A timeline of actions and regulations” by Glenn Kessler, Washington Post, March 10, 2015.)

Hillary Clinton statement on use of private email account. Watch complete presser
Following is a collection of research reports and related political analysis, conducted between 1999 and 2008, that may have a bearing on the matter in terms of Hillary Clinton’s personality traits, psychological motives, and leadership style. This research report presents the results of an analysis of the personality of New York senator Hillary Clinton, contender for the Democratic Party nomination in the 2008 U.S. presidential election, from the conceptual perspective of personologist Theodore Millon. Information concerning Sen. Clinton was collected from biographical sources and media reports and synthesized into a personality profile using the second edition of the Millon Inventory of Diagnostic Criteria (MIDC), which yields 34 normal and maladaptive personality classifications congruent with Axis II of DSM–IV.

The personality profile yielded by the MIDC was analyzed on the basis of interpretive guidelines provided in the MIDC and Millon Index of Personality Styles manuals. Clinton’s primary personality patterns were found to be Ambitious/self-serving and Dominant/controlling, with secondary Conscientious/dutiful features and subsidiary, more situation-specific, Contentious/resolute and Distrusting traits.

Ambitious individuals are bold, competitive, and self-assured; they easily assume leadership roles, expect others to recognize their special qualities, and often act as though entitled. Dominant individuals enjoy the power to direct others and to evoke obedience and respect; they are tough and unsentimental and often make effective leaders.

Hillary Clinton’s major personality strengths in a leadership role are her commanding presence and confident assertiveness. Her major personality-based shortcomings are an uncompromising, overcontrolling tendency, a lack of empathy and congeniality, and cognitive inflexibility.

The major implication of the study is that it offers an empirically based personological framework for anticipating Sen. Clinton’s likely leadership style as chief executive, thus providing a basis for inferring the character and tenor of a prospective Hillary Clinton presidency.

In terms of Lloyd Etheredge’s (1978) fourfold typology of personality-based foreign policy role orientations, which locates policymakers on the dimensions of dominance–submission and introversion–extraversion, Clinton’s profile most closely approximates the “high-dominance introvert” category. According to Etheredge, high-dominance introverts (e.g., presidents such as Woodrow Wilson and Herbert Hoover) are quite willing to use military force, tending

to divide the world, in their thought, between the moral values they think it ought to exhibit and the forces opposed to this vision. They tend to have a strong, almost Manichean, moral component to their views. They tend to be described as stubborn and tenacious. They seek to reshape the world in accordance with their personal vision, and their foreign policies are often characterized by the tenaciousness with which they advance one central idea. … [These leaders] seem relatively preoccupied with themes of exclusion, the establishment of institutions or principles to keep potentially disruptive forces in check. (p. 449; italics in original)

Etheredge’s high-dominance introvert is similar in character to Margaret Hermann’s (1987) expansionist orientation to foreign affairs. These leaders have a view of the world as being “divided into ‘us’ and ‘them,’ ” based on a belief system in which conflict is viewed as inherent in the international system. This world view prompts a personal political style characterized by a “wariness of others’ motives” and a directive, controlling interpersonal orientation, resulting in a foreign policy “focused on issues of security and status,” favoring “low-commitment actions” and espousing “short-term, immediate change in the international arena.” Expansionist leaders “are not averse to using the ‘enemy’ as a scapegoat” and their rhetoric often may be “hostile in tone” (pp. 168–169). 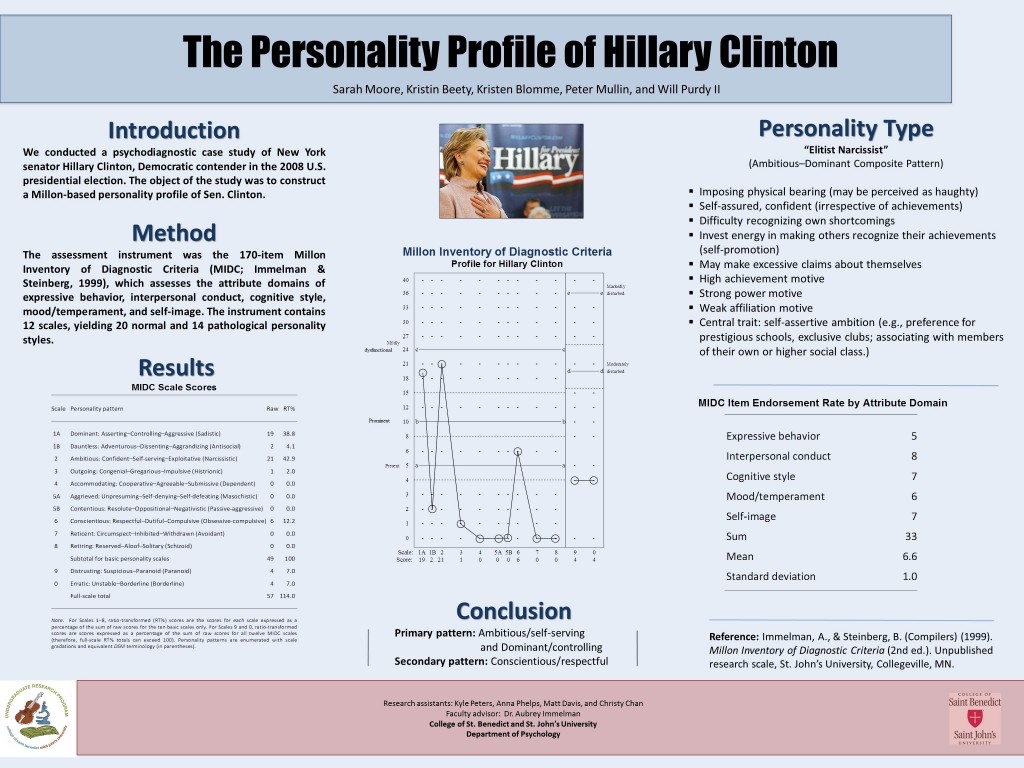 The Unit for the Study of Personality in Politics has released political-psychological assessments of Hillary Clinton and Donald Trump.

Comparison of the Personalities of Hillary Clinton and Donald Trump 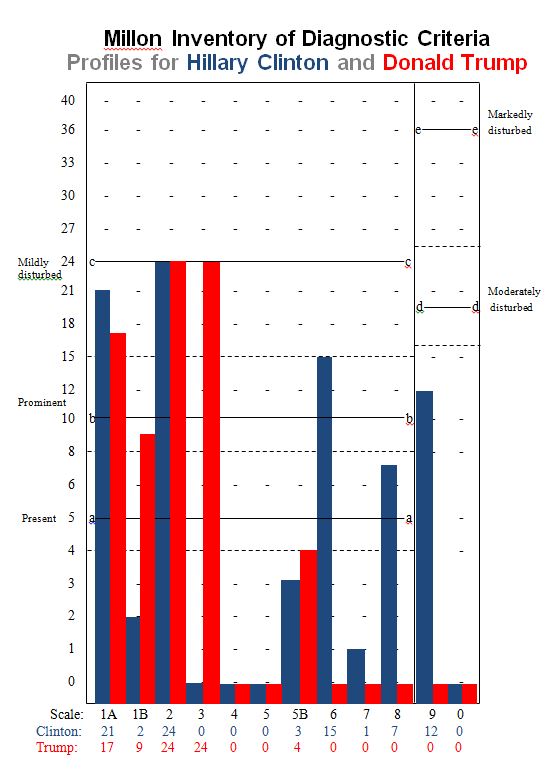 Clinton on Ballot Tests Voter Views on Gender (Rylee Pool, St. Cloud Times, August 28, 2016) — On July 26, 2016, history was made in America. Hillary Clinton became the first woman to secure major-party nomination for president of the United States. Although some Americans may not view her nomination as a historic moment for the country, others argue this is a momentous occasion that will go down in history as the next big feminist win. … Full report

Putin Should Prepare Himself for Clinton (Joe Trenzeluk, St. Cloud Times, June 28, 2014) — The past few months have sparked heated debate regarding President Obama’s handling of foreign policy, specifically the crisis in Ukraine and his negotiations, or lack thereof, with Vladimir Putin. … Political-psychological studies suggest that putative 2016 presidential candidate Hillary Rodham Clinton may be better suited than Obama to deal with Putin. … Full report

‘Monster’? The Darker Side of Hillary Clinton’s Character (Sarah Moore and Aubrey Immelman, Unit for the Study of Personality in Politics, March 8, 2008) — Samantha Power, a foreign policy adviser to Barack Obama, made headlines by declaring Hillary Clinton “a monster.” In an article in a Scottish newspaper, Power was quoted as  saying, “She is a monster, too — that is off the record — she is stooping to anything” … Full report

Comparing Clinton and Obama, Head-to-Head (Catherine London and Aubrey Immelman, Unit for the Study of Personality in Politics, March 3, 2008) — As voters head for the polls in Tuesday’s critical big-state primaries in Ohio and Texas, presidential candidates Hillary Clinton and Barack Obama face what may be the day of decision in their bid for the Democratic nomination. With 11 straight primary victories since Super Tuesday at his back, Obama has emerged as the frontrunner and a force to be reckoned with. For Clinton, tomorrow’s contests could be her final opportunity to reclaim the lead. … Full report

“Clinton’s Last Stand” — Does Hillary Have the Right Stuff to Triumph in Texas? (Anna Phelps and Aubrey Immelman, Unit for the Study of Personality in Politics, Feb. 25, 2008) — The morning after last Tuesday’s crucial Wisconsin Democratic primary contest, the Associated Press led as follows: “Barack Obama cruised past a fading Hillary Rodham Clinton in the Wisconsin primary Tuesday night, gaining the upper hand in a Democratic presidential race for the ages.” … Full report

Hillary Clinton Loves a Good Fight (Aví A. T. Bahadoor and Aubrey Immelman, St. Cloud Times, April 23, 2000) — Earlier this month U.S. Senate candidate Hillary Rodham Clinton for the first time edged ahead of New York mayor Rudy Giuliani in a tight race that has attracted national attention. The results of a CBS News/New York Times poll — since confirmed by other polls — showed Clinton leading Giuliani by 49 to 41 percent among likely voters, with 7 percent undecided. Giuliani’s dip in the polls, in part, reflects his cavalier response to the fatal police shooting of Haitian immigrant Patrick Dorismond, an unarmed security guard, in a drug sting operation gone awry. Thus, it is likely that Giuliani eventually will close in on Clinton. … Full report

Some Character Traits Will Help Hillary in Her Race for U.S. Senate, Others May Hinder (Jennifer Jo Hagel and Aubrey Immelman, St. Cloud Times, Dec. 5, 1999) — Recently, Gail Sheehy’s unauthorized biography, Hillary’s Choice (Random House), hit the bookstores. It created something of a media stir on NBC’s “Dateline” and the cable television talk-show circuit. In her book, the writer for Vanity Fair reveals that the first lady may have “inhaled” in days gone by, and that a 1960s boyfriend described Hillary as “passionate” and himself as “150 pounds of pulsing hormones.” … Full report 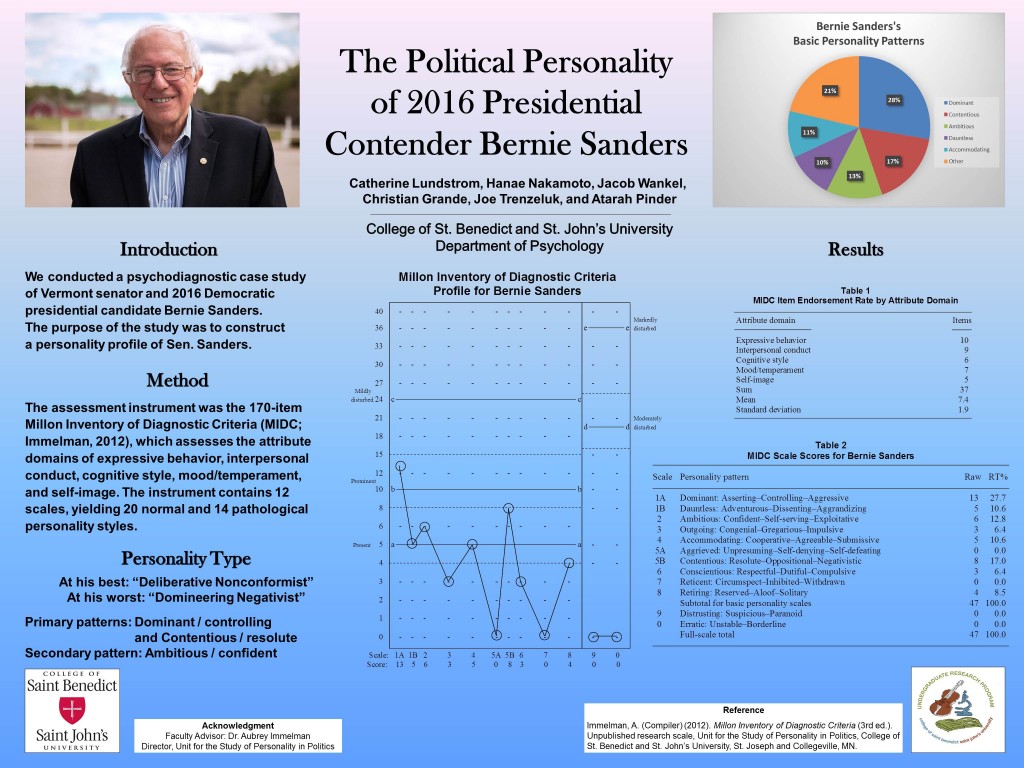 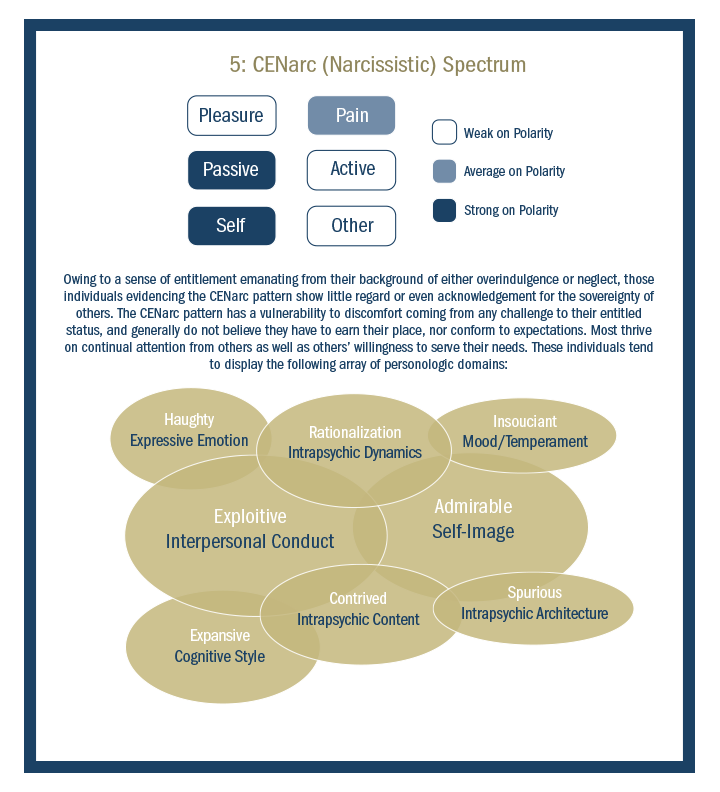 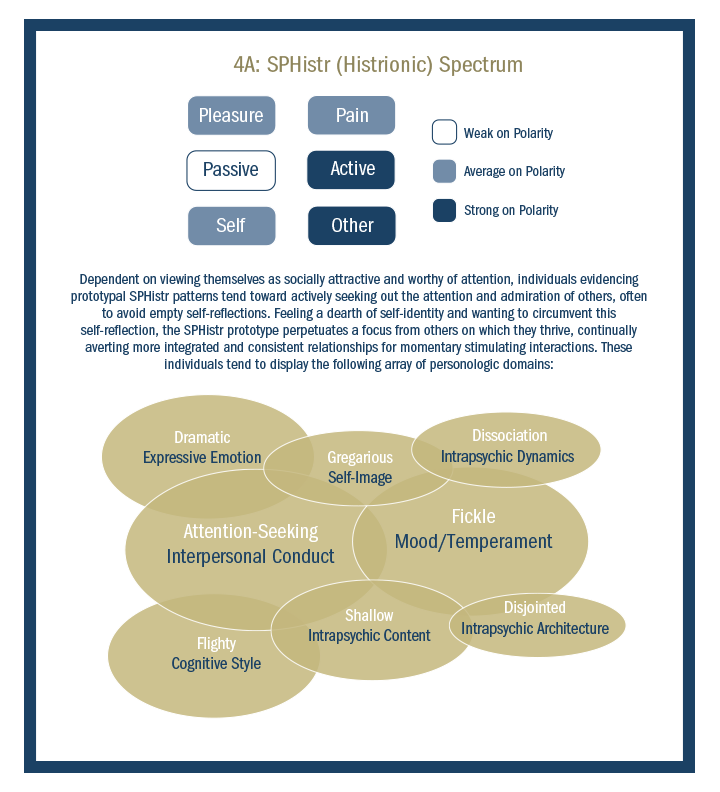 How Hillary Clinton Stacks Up Against Donald Trump and Jeb Bush: The Personal Electability Index (Aug. 23, 2015) 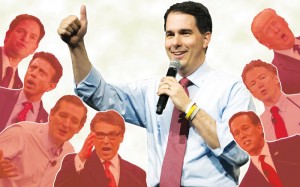 Predicting the Outcome of Presidential Elections Before Super Tuesday (May 12, 2011) 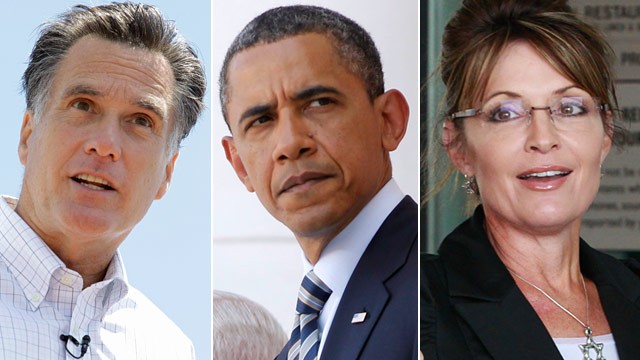 Video: Clinton on tough questions in Pakistan (NBC Nightly News, Oct. 30, 2009) – Secretary of State Hillary Clinton says that she doesn’t think she was too blunt while answering questions during her visit to Pakistan, saying, “It was actually very healthy that there was no false politeness.” NBC’s Andrea Mitchell reports. (02:58)

Secrecy, Sex, Hillary and Bill (Roger Simon, Politico, March 10, 2015) — Secrecy is to Hillary Clinton what sex was to Bill. … In Hillary’s world, everybody is out to get her. Which is why she surrounds herself with ultra-loyalists, people who believe, as she does, that she is entitled to special behavior and special treatment because she is a special victim. … A penchant for control and secrecy. … Full report

Hillary Clinton, the Candidate We Know So Well — And Don’t (Jocelyn Noveck, Associated Press, July 13, 2016) — For the last 14 years, and 20 overall, Americans polled by Gallup have named Clinton their most admired woman in the world. But consider some other titles attached to her over the years: Lady Macbeth. Washington insider. Robotic. Wildly ambitious. Congenital liar. (Or Donald Trump’s current favorite, “Crooked Hillary.”) …“It’s an amazing life,” says biographer Carl Bernstein, who wrote a 600-page book on her and says he still struggles to define her. “You could not make any of this stuff up.” … Full report