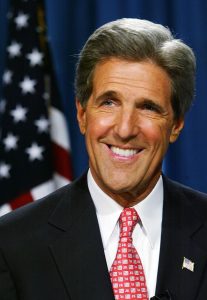 This paper presents the results of an indirect assessment of the personality of Sen. John Kerry, Democratic Party nominee in the 2004 U.S. presidential election, from the conceptual perspective of Theodore Millon.

Psychodiagnostically relevant information regarding Sen. Kerry was extracted from biographical sources and media reports and synthesized into a personality profile using the second edition of the Millon Inventory of Diagnostic Criteria (MIDC), which yields 34 normal and maladaptive personality classifications congruent with Axis II of DSM–IV.

The personality profile yielded by the MIDC was analyzed on the basis of interpretive guidelines provided in the MIDC and Millon Index of Personality Styles manuals. Sen. Kerry’s primary personality pattern was found to be Ambitious/confident, with secondary features of the Dominant/asserting and Dauntless/adventurous patterns.

The amalgam of Ambitious and Dominant patterns in Sen. Kerry’s profile suggests the presence of an adaptive, nonpathological variant of Millon’s elitist narcissist syndrome. According to Millon, people with this personality composite feel privileged and empowered by virtue of their special childhood status, cultivate special status and advantages by association, are upwardly mobile, seek the good life, and tend to lay claim to greater accomplishment in life than is borne out by their actual achievements.

The major implication of the study is that it offers an empirically based personological framework for evaluating conflicting claims about John Kerry’s integrity and candor, thus providing a basis for inferring his character as a presidential candidate.

Researchers Examine Kerry’s Personality, Compare Him with Bush and Other Presidents on Leadership Traits

Despite lacking warmth and charisma, John Kerry has the personality of a successful president, conclude psychologists who have studied the factors that make for greatness in past chief executives. Intelligence and eight personality traits distinguish successful presidents, like Lincoln, Washington, and FDR, from unsuccessful ones, like Harding, Taft, and Grant. …

Consistent with public perceptions, Kerry is moderately introverted, but still high on some extroverted traits like Dominance, Excitement-Seeking, and Activity level. He scores low on Warmth and Positive Emotions. Regarding likeability, Kerry has further problems — he also scores low on Altruism (tries to be polite, unselfish) and Modesty. Like John F. Kennedy, whom Kerry most resembles among former presidents, he appears low in Straightforwardness and Dutifulness, and looks beyond traditional sources of moral authority when making decisions involving values. …

Low scores on Straightforwardness and Dutifulness likely contribute to perceptions that Kerry will say or do anything to get elected, and they potentially raise the character issue. …

The research was conducted by Steve Rubenzer and Deniz Ones.