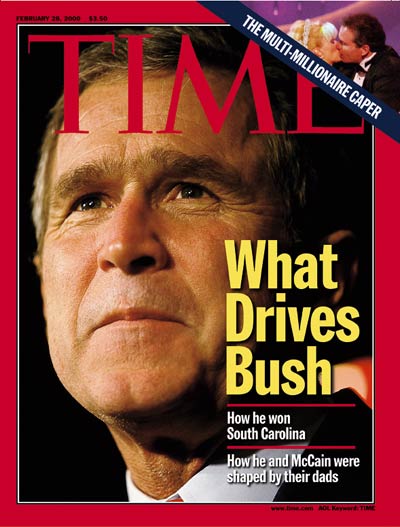 Studies conducted from 1998 to 2000 at the Unit for the Study of Personality in Politics indicate that U.S. president George W. Bush’s primary personality patterns are Outgoing/gregarious and Dominant/controlling, complemented by secondary Dauntless/adventurous features and minor Ambitious/confident and Accommodating/cooperative tendencies. In summary, Bush’s personality composite can be characterized as a high-dominance extravert. 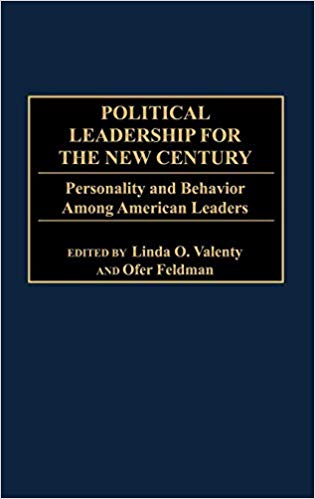 Bush suffers a bad rap on intelligence (Aubrey Immelman, St. Cloud Times, January 14, 2001, p. 11B) — A week from today, the sun will rise on the second Bush presidency in a generation, in what for some may be a day of trepidation. Does Bush the Younger have what it takes to lead the nation in the new millennium?… Full report

Relying on loyalty could hurt Bush (Aubrey Immelman, St. Cloud Times, December 29, 2000, p. 7B) — When Bill Clinton ran for president in 1992, the nation knew all about Gennifer Flowers. Later, it would learn much more than it needed to know about Monica Lewinsky. Whereas a president’s policy preferences and polls numbers are prone to change, his deeply etched personal qualities are remarkably consistent. In leadership studies, it is precisely this stability that imbues character and personality insights with predictive power in anticipating the shape of things to come. … Full report

Getting inside the Bush mind (Aubrey Immelman, St. Cloud Times, December 17, 2000, p. 9B) — With the legal wrangling behind us, and George W. Bush poised to assume the presidency, it’s pertinent to ask how the newly elected president will govern. … Full report

Theories on personality pan out (Aubrey Immelman. St. Cloud Times, December 10, 2000, p. 11B) — In my opinion columns during the past election year, I contended that presidential candidates’ personality profiles predict their performance in office. A practical, preliminary test of this contention is to examine how my personality-based predictions for Vice President Al Gore and Texas Gov. George W. Bush fared in foreshadowing their actual behavior during the 2000 presidential campaign. … Full report

Election results make one wonder: Was it personality or lucky timing? (Aubrey Immelman, St. Cloud Times, November 19, 2000, p. 9B) — As I write this, the outcome of the 2000 presidential election still hangs in the balance as the nation awaits final results from the state of Florida. In stark contrast to the uncertainty surrounding the result of this closely contested presidential election, various prognosticators and self-proclaimed pundits — myself included — confidently predicted a clear outcome to the contest. … Full report

Vice presidents help both Bush, Gore (Aubrey Immelman, St. Cloud Times, September 10, 2000, p. 9B) — A presidential candidate’s vice presidential pick reveals much about the candidate’s character and his own understanding of his shortcomings and strengths. Such is the case in the 2000 presidential season. … Full report

George W. relies on personality (Aubrey Immelman, St. Cloud Times, July 30, 2000, p. 9B) — Public skepticism about “politics as usual” in the wake of the Vietnam War, the Watergate scandal, the Iran contra affair, and the Clinton impeachment saga has propelled personality to a position of prominence in the study of political leadership. The erratic path of George W. Bush’s coming-of-age as a politician — “when I was young and irresponsible I was young and irresponsible” — raises legitimate questions concerning his character, judgment, and capacity to govern. … Full report

Bush needs to show voters his serious side (Dale Fredrickson and Aubrey Immelman, St. Cloud Times, May 7, 2000, p. 11B) — It’s a hot, simmering day in August 1989. The new part-owner of the Texas Rangers is sitting behind the batting cage watching baseball practice. The $2,500 black eel-skin boots of the Lone Star state’s future governor are clearly visible, as is the emblazoned Texas flag, which seems as vibrant as “Dubya” himself. To those who know him best, George W. Bush the presidential candidate is a likeable, gregarious personality, charming and congenial. If ever proof was needed that character endures, Dubya would be it: college classmates characterize Bush as “personable,” “outgoing,” and “funny,” while childhood friends describe “Junior” in similar terms. … Full report