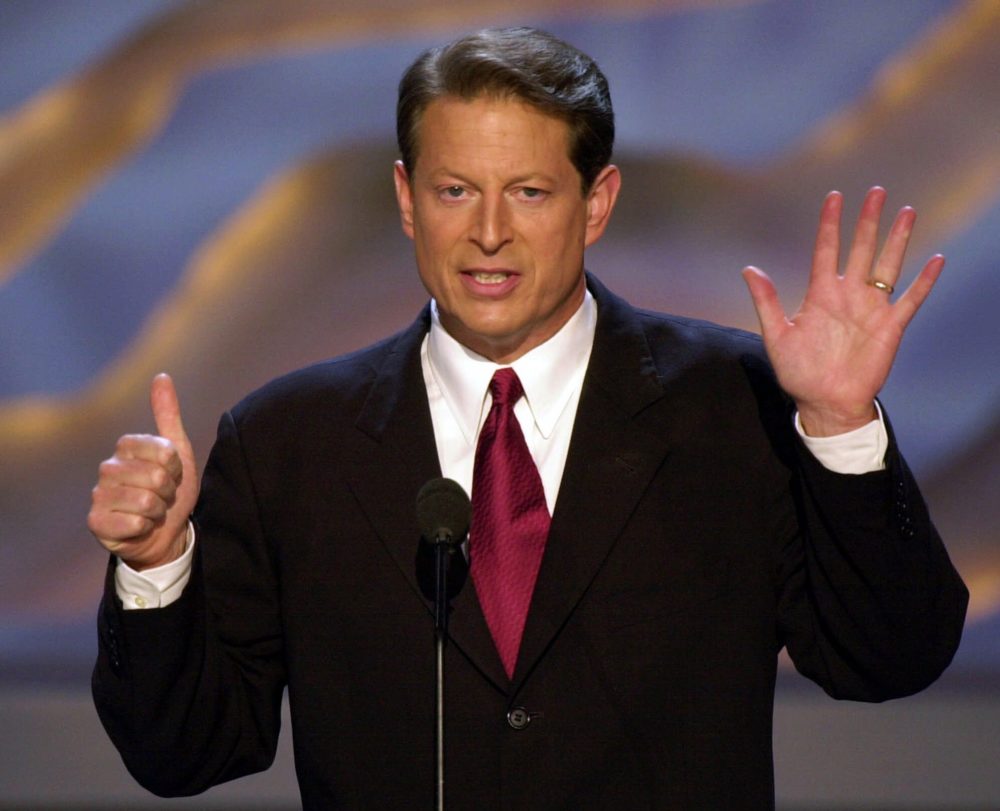 Theories on personality pan out (Aubrey Immelman, St. Cloud Times, December 10, 2000, p. 11B) — In my opinion columns during the past election year, I contended that presidential candidates’ personality profiles predict their performance in office. A practical, preliminary test of this contention is to examine how my personality-based predictions for Vice President Al Gore and Texas Gov. George W. Bush fared in foreshadowing their actual behavior during the 2000 presidential campaign. … Full report

Election results make one wonder: Was it personality or lucky timing? (Aubrey Immelman, St. Cloud Times, November 19, 2000, p. 9B) — As I write this, the outcome of the 2000 presidential election still hangs in the balance as the nation awaits final results from the state of Florida. In stark contrast to the uncertainty surrounding the result of this closely contested presidential election, various prognosticators and self-proclaimed pundits — myself included — confidently predicted a clear outcome to the contest. … Full report

Vice-presidential nominee help both Bush, Gore (Aubrey Immelman, St. Cloud Times, September 10, 2000, p. 9B) — A presidential candidate’s vice presidential pick reveals much about the candidate’s character and his own understanding of his shortcomings and strengths. Such is the case in the 2000 presidential season. … Full report

How would Gore govern? Meticulously (Aubrey Immelman, St. Cloud Times, August 13, 2000, p. 9B) — On Aug. 28, 1997, the New York Times assailed Vice President Al Gore for his “repugnant” misuse of federal property for fund-raising purposes and called for an independent counsel to investigate the matter. Previously, Gore could bask in the image, as one reporter put it, of “an All-American boy” with a record so squeaky clean and a reputation for decency “so impressive you’d think he was born with his pants on. … Full report

Why Gore won’t win (Aubrey Immelman, St. Cloud Times, July 9, 2000, p. 9B) — Time and again in recent electoral history — with the exception of Richard Nixon — the presidential candidate with the most charisma routinely has emerged the winner. And the inescapable truth for Election 2000 is this: On the basis of campaign style alone, George W. Bush and any number of Republican contenders will beat Al Gore hands down. … Full report

Gore’s people skills still need polishing (Jennie M. Scott and Joshua Jipson, St. Cloud Times, March 12, 2000, p. 11B) — It’s well after dark on Feb. 14, 2002. Do you know where your president is? Should Al Gore occupy the Oval Office, you probably will, because in all likelihood that’s exactly where he’ll be — right there in the Oval Office, attending to the people’s business. … Full report

A lot can be compared between Forbes and Gore (Suzanne Wetzel and Aubrey Immelman, St. Cloud Times, January 9, 2000, p. 9B) — Recently, in an interview on Fox News Channel’s “The O’Reilly Factor,” host Bill O’Reilly ambushed one of us with the question, “Why is [Steve Forbes] running so hard [for president]?” At the time, we could muster little more than a lame “Steve Forbes is difficult to read,” deflecting the question for the time being. But the question is an important one — both for voters and for those with an academic interest in presidential politics and the personality beneath the political persona. … Full report

Gore’s silence on technology raises modern-day concerns (Thomas L. Lewandowski and Aubrey Immelman, St. Cloud Times, December 26, 1999, p. 9B) — As America disentangles itself from the tinsel and icicle lights of another Christmas season, thoughts drift naturally toward the coming new year — college bowl games, parties, and the inevitable millennial New Year’s resolution. Americans, this year, have additional food for thought: the Y2K computer glitch or “millennium bug.” The Y2K glitch, known to computer programmers for some time already, was not covered by mainstream media until the mid-1990s. Yet the problem is very real. … Full report

Gore-Bradley nomination battle will be far from boring (Matthew J. Tinguely and Tom Lewandowski, St. Cloud Times, December 19, 1999, p. 11B) — True introverts are uncommon in modern presidential politics. They lack the connect-with-people charisma and self-promoting affinity necessary to achieve high public office in these times. The contest for the 2000 Democratic nomination between Al Gore and Bill Bradley is anomalous in that, for top-tier politicians, both contenders are uncommonly reserved. Gore is more so than Bradley, who is less campaign-challenged in this regard. Beyond their introversion, both are highly conscientious. The presence of two such similar personalities on the presidential campaign trail can have some unexpected implications. … Full report