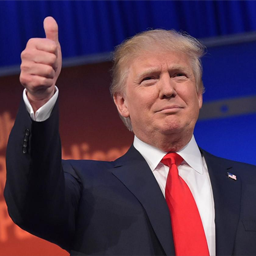 Executive summary: Donald Trump’s predominant personality patterns are Ambitious/exploitative (a measure of narcissism) and Outgoing/impulsive, infused with secondary features of the Dominant/controlling pattern and supplemented by a Dauntless/adventurous tendency. This particular personality composite can be labeled amorous narcissism or, in political terms, high-dominance charismatic — charismatic by virtue of the highly elevated primary Ambitious–Outgoing amalgam.

Executive summary: Donald Trump’s core personality-based leadership traits may be summarized as follows: an active-positive presidential character with mobilization — the ability to arouse, engage, and direct the public — as his key leadership asset; an overall leadership style that is distinctively charismatic and nondeliberative; and a high-dominance, extraverted, influential foreign policy orientation. 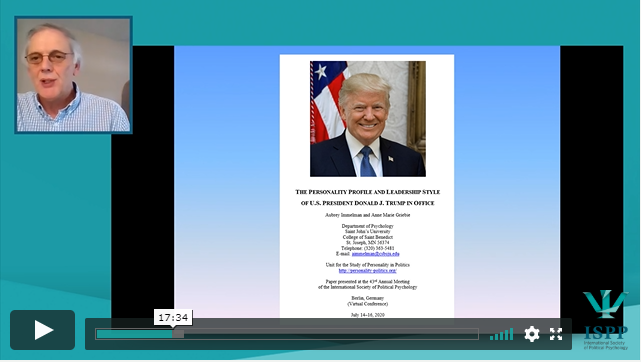 Aubrey Immelman presents his paper, with Anne Marie Griebie, on “The Personality Profile and Leadership Style of U.S. President Donald J. Trump in Office” at the 43rd Annual Scientific Meeting of the International Society of Political Psychology, July 16, 2020. The meeting, originally scheduled for Berlin, Germany, was conducted in virtual format due to the global COVID-19 pandemic. 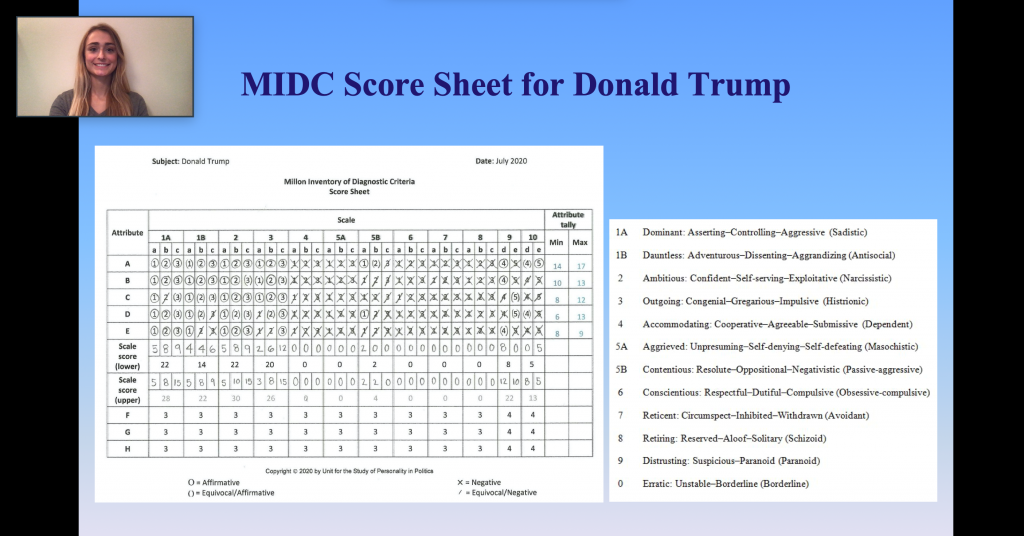 Annie Griebie explains the scoring system used in the assessment of President Donald Trump’s personality as revealed in office.

Annie Griebie briefly explains the conceptual framework, methodology, and results of her assessment of President Donald Trump’s personality as revealed in office. (9:39) 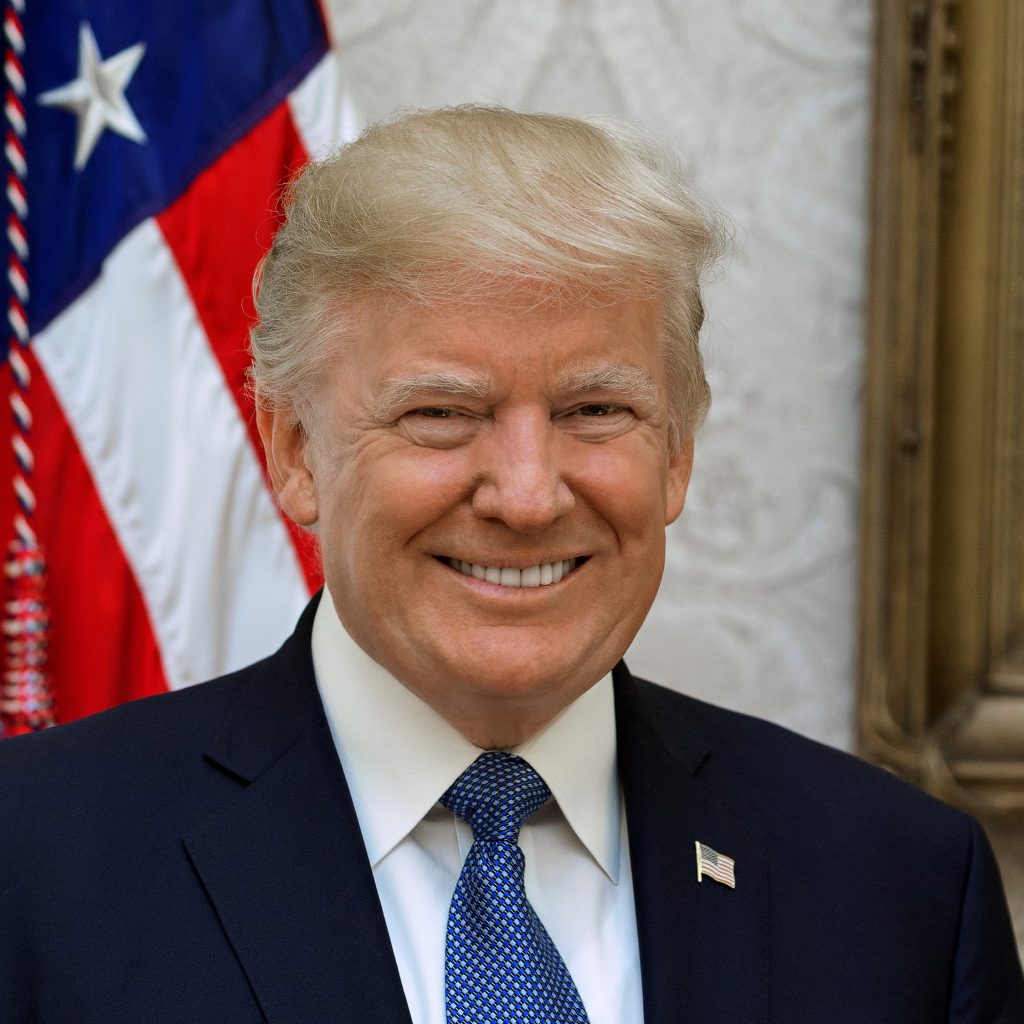 This paper presents the results of an indirect assessment, from the conceptual perspective of personologist Theodore Millon, of the personality of Donald J. Trump, 45th president of the United States, based solely on personality dynamics revealed by his political behavior in office.

Psychodiagnostically relevant data were collected from biographical sources and media reports of Trump’s postinaugural political behavior from January 20, 2017 until July 2020 and synthesized into a personality profile using the Millon Inventory of Diagnostic Criteria (MIDC), which yields 34 normal and maladaptive personality classifications congruent with DSM-III-R, DSM-IV, and DSM-5.

The personality profile yielded by the MIDC was analyzed in accordance with interpretive guidelines provided in the MIDC and Millon Index of Personality Styles manuals. Trump’s primary personality patterns were found to be Ambitious/self-serving (bordering on exploitative), Dominant/controlling (bordering on aggressive), and Outgoing/gregarious (bordering on impulsive), infused with secondary features of the Dauntless/dissenting pattern. There is suggestive, equivocal evidence of incipient Distrusting/suspicious and Erratic/unstable tendencies emerging during Trump’s time in office.

Ambitious individuals are bold, competitive, and self-assured; they easily assume leadership roles, expect others to recognize their special qualities, and often act as though entitled. Dominant individuals enjoy the power to direct others and to evoke obedience and respect; they are tough and unsentimental and often make effective leaders. Outgoing individuals are dramatic attention‑getters who thrive on being the center of social events, go out of their way to be popular with others, have confidence in their social abilities, tend to be impulsive and undisciplined, and become easily bored — especially when faced with repetitive or mundane tasks. Dauntless individuals tend to flout tradition, dislike following routine, sometimes act impulsively and irresponsibly, and are inclined to elaborate on or shade the truth and skirt the law.

As predicted on the basis of his pre-inaugural personality profile, Trump’s executive leadership style in office has been bold, competitive, and self-assured (i.e., ambitious); tough and directive (i.e., dominant); impulsive and undisciplined (i.e., outgoing); and disruptively tradition-defying, with an inclination to shade the truth and skirt the law (i.e., dauntless). 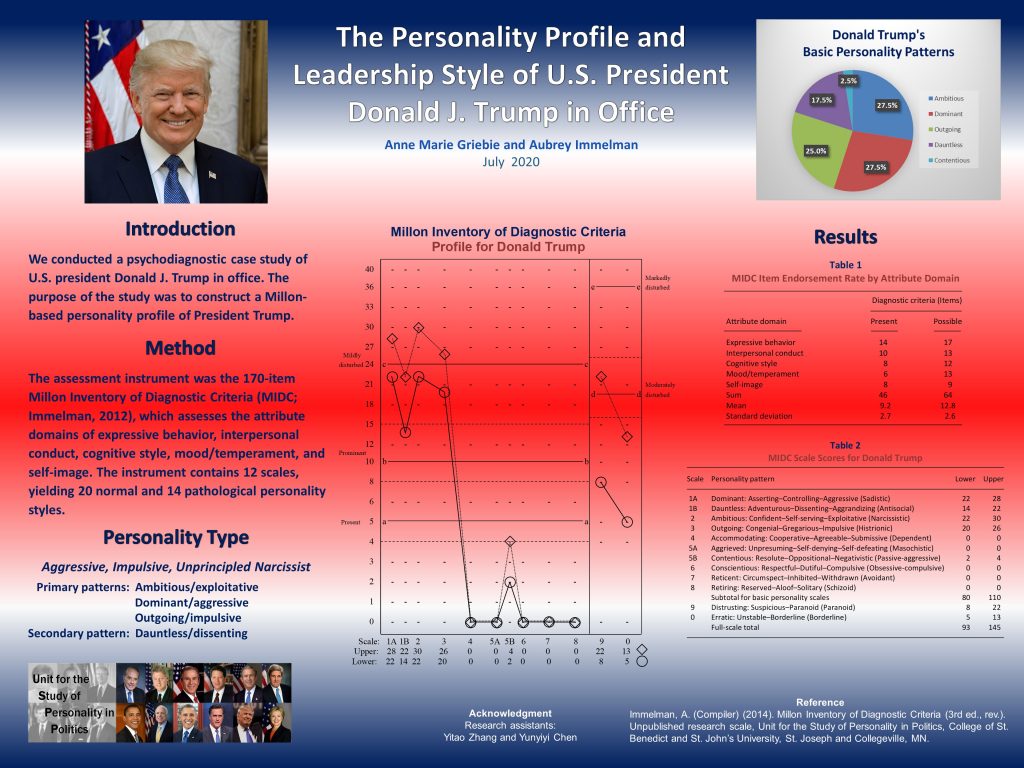 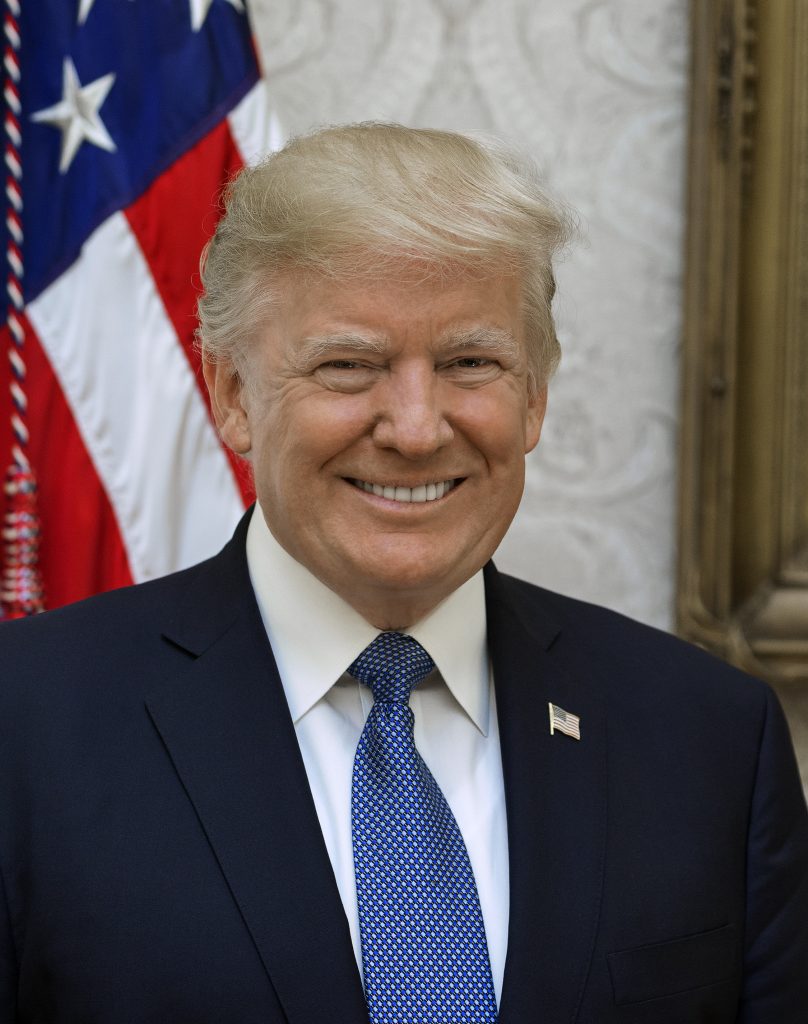 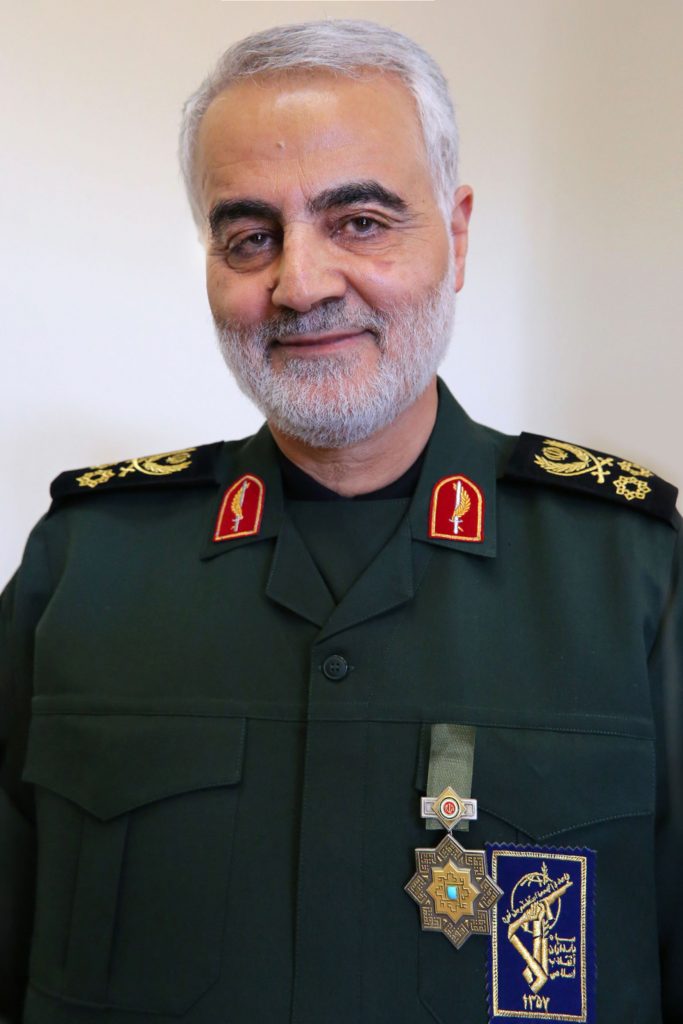 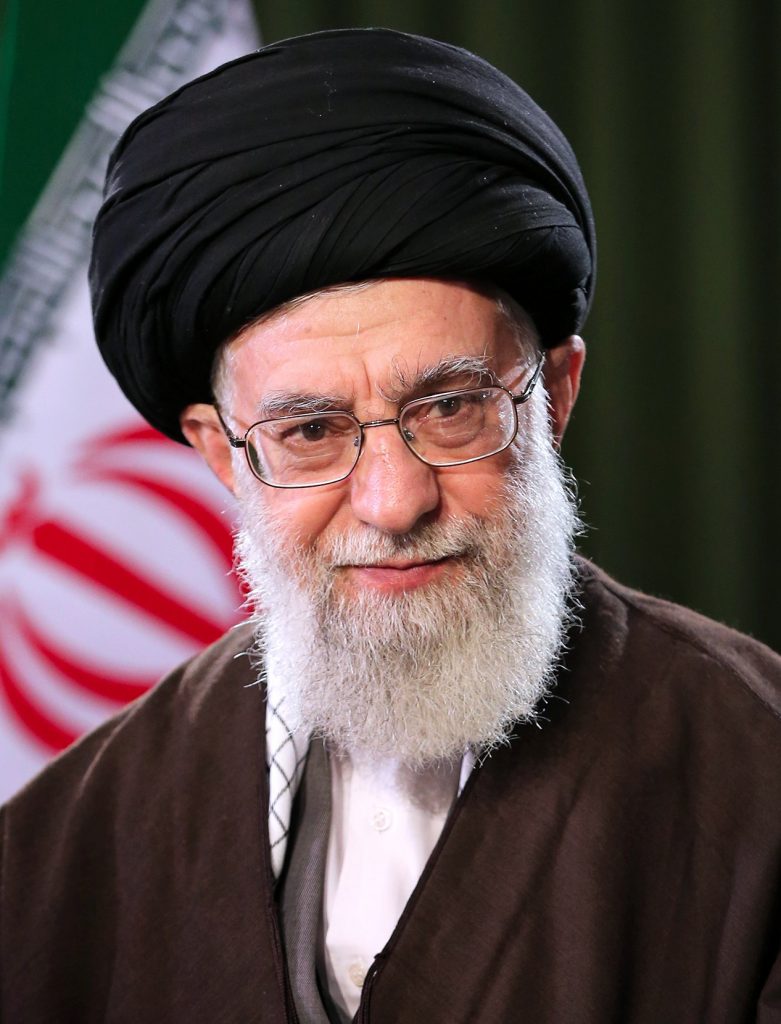 The two guiding principles of behavioral forecasting based on psychological profiling are:

Based on (1) empirical studies of Donald Trump’s personality profile and leadership style conducted at the Unit for the Study of Personality in Politics and (2) rational-intuitive inference derived from President Trump’s observed behavior in office, the following general expectancies present themselves with reference to Trump’s likely response to Iran’s anticipated retaliation for the targeted killing of Islamic Revolutionary Guard Corps Quds Force commander Gen. Qasem Soleimani.

Donald Trump is bold, self-assured, and levelheaded under pressure and in the face of adversity; is a dramatic attention‑getter more inclined to precipitous action than to indecision; enjoys the power to take charge, evoke respect, and seeing that the job gets done; is tough, competitive, and unsentimental; and is willing to flout tradition, acting autonomously in accordance with his personal goals and preferences.

Donald Trump prides himself on “promises made, promises kept” and completing projects on- or ahead of schedule; is motivated to extricate the United States from “endless wars”; is driven to project military power to buttress U.S. prestige and national security; and is generally explicit in stating his intent.

Iran never won a war, but never lost a negotiation!

….of PROTESTERS killed in Iran itself. While Iran will never be able to properly admit it, Soleimani was both hated and feared within the country. They are not nearly as saddened as the leaders will let the outside world believe. He should have been taken out many years ago!

Iran is talking very boldly about targeting certain USA assets as revenge for our ridding the world of their terrorist leader who had just killed an American, & badly wounded many others, not to mention all of the people he had killed over his lifetime, including recently….

….hundreds of Iranian protesters. He was already attacking our Embassy, and preparing for additional hits in other locations. Iran has been nothing but problems for many years. Let this serve as a WARNING that if Iran strikes any Americans, or American assets, we have…..

….targeted 52 Iranian sites (representing the 52 American hostages taken by Iran many years ago), some at a very high level & important to Iran & the Iranian culture, and those targets, and Iran itself, WILL BE HIT VERY FAST AND VERY HARD. The USA wants no more threats!

They attacked us, & we hit back. If they attack again, which I would strongly advise them not to do, we will hit them harder than they have ever been hit before! https://t.co/qI5RfWsSCH

The United States just spent Two Trillion Dollars on Military Equipment. We are the biggest and by far the BEST in the World! If Iran attacks an American Base, or any American, we will be sending some of that brand new beautiful equipment their way…and without hesitation!

These Media Posts will serve as notification to the United States Congress that should Iran strike any U.S. person or target, the United States will quickly & fully strike back, & perhaps in a disproportionate manner. Such legal notice is not required, but is given nevertheless!

Iran took & concluded proportionate measures in self-defense under Article 51 of UN Charter targeting base from which cowardly armed attack against our citizens & senior officials were launched.

We do not seek escalation or war, but will defend ourselves against any aggression.

Donald Trump takes the off-ramp in Iran confrontation (Analysis by Chris Cillizza, CNN, Jan. 8, 2020) — President Donald Trump decided Wednesday that taking his foot off the gas in the rapidly escalating conflict between the United States and Iran was the right move. … Trump [delivered] the message that, despite Iran launching more than a dozen missile strikes at two sites in Iraq less than 24 hours ago, he was comfortable with calling an end to the outright hostilities. … He added: “Iran appears to be standing down, which is a good thing for all parties and a good thing for the world.” … Trump’s measured tone on Wednesday was a striking contrast to his approach to the Iranians just days ago on Twitter. … It’s not clear what had changed Trump’s mind — and tone — over the days between those tweets and his address on Wednesday. Perhaps it was that the missile strikes resulted in no deaths. Or that the Iranians had given Iraq a heads up that the strikes were coming. Or that Trump’s administration has grown increasingly certain that Iran purposely targeted sites and areas where no one would be killed as a way to retaliate for the killing of Iranian commander Qasem Soleimani without starting a broader conflict. …

Mohsen Fakhrizadeh, Iran’s top nuclear scientist — considered one of the masterminds of Iran’s nuclear program — has been killed in an apparent assassination that the country’s foreign minister linked to Israel.

Several top-level Iranian officials have condemned the attack and threatened to retaliate.

Iran has yet to respond, beyond condemnation, to the killing of Iranian military commander Qassem Soleimani earlier this year. 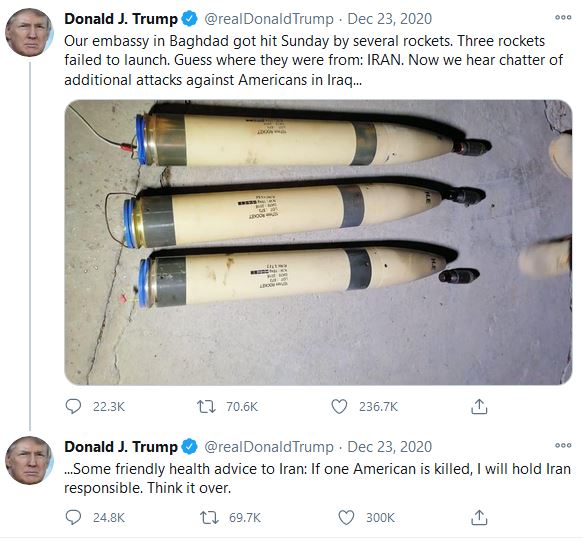 A second test [at the Sohae Satellite Launching Station] of what appeared to be an advanced missile engine, part of what North Korea said on Saturday was part of a “reliable strategic nuclear deterrent,” left little doubt that the country is moving quickly toward resuming the program that led to a crisis with Washington two years ago. … It was the second such test in a week, and came after weeks of increasingly vocal attempts to press the United States into further talks and new concessions. … American analysts and intelligence experts said they believe the ground test … was intended as a signal that the country could soon resume testing of an intercontinental ballistic missile.

Analysts have speculated an ICBM test might occur after the end of December, a deadline Kim Jong-un imposed for the U.S. to resume negotiations and provide sanctions relief.

In its report, the New York Times quotes Pak Jong-chon, chief of the general staff of the North Korean People’s Army, as saying: “We should be ready to cope with political and military provocations of the hostile forces, and be familiar with both dialogue and confrontation” and that the U.S. and its allies would “spend the year-end in peace only when they hold off any words and deeds rattling us” — signaling that amid stalled diplomacy “the voice of North Korea’s hard-line military was rising,” according to Cheong Seong-chang, vice president of research planning at South Korea’s Sejong Institute.

In conjunction with the North Korean foreign ministry’s veiled threat in early December that North Korea was preparing a surprise “Christmas gift” for the United States, the latest rhetoric emanating from the DPRK sounds ominous. 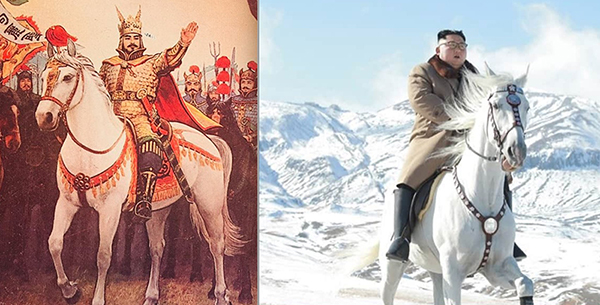 Analysis: How should the U.S. respond?

What does the future hold for Michael Pompeo, Trump’s most Trumpy Cabinet secretary? (Tracy Wilkinson, Los Angeles Times, Dec. 28, 2020) — The secretary of state’s tenure and adoption of Trump’s brash style, Republican operatives say, can best be seen as a calculated way to position himself as Trump’s heir in the 2024 GOP primaries. … Full story

Who will win the 2024 Republican presidential nomination?

Trump drops 12 points: According to a POLITICO/Morning Consult poll released on Wednesday [Jan. 13, 2021], 42 percent of Republicans said they would vote for Trump in the 2024 presidential primaries in a poll conducted Jan. 8-11, after the attack on the Capitol. That percentage is down from 54 percent of Republicans who said they would vote for Trump when the question was asked Nov. 21-23. …

Opening yesterday, the [PredictIt] market tracking who will lead the Grand Old Party into the next presidential election showed Trump as the top contract at 19¢. He was followed by Haley at 16¢, Pence at 13¢ and then two senators at 8¢.

It’s no secret that the now-former secretary of state has future political ambitions. As top U.S. diplomat, he drew attention for making partisan moves like speaking at the RNC, hosting Republican donors at parties and showing up in Georgia right before the state’s Senate runoffs.

Pompeo, who represented Kansas’ 4th District from 2010 to 2016, ended his last campaign with significant cash on hand (over $990,400, per his latest campaign filing with the FEC). For a successful presidential bid, though, he’ll need a lot more to make a real splash.

Keep an eye out for Pompeo burnishing his name — and potential donor pool — over the next couple years. His presidential aspirations are about as obvious as they come.

Who will win the 2024 Republican presidential nomination? 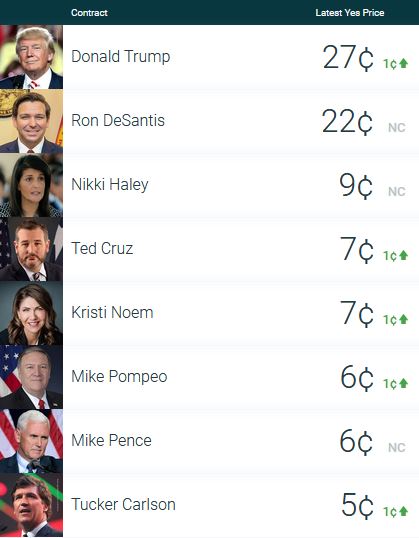