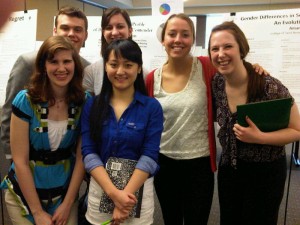 The research was conducted under the auspices of the Unit for the Study of Personality in Politics, directed by College of St. Benedict | St. John’s University associate professor of psychology Aubrey Immelman. 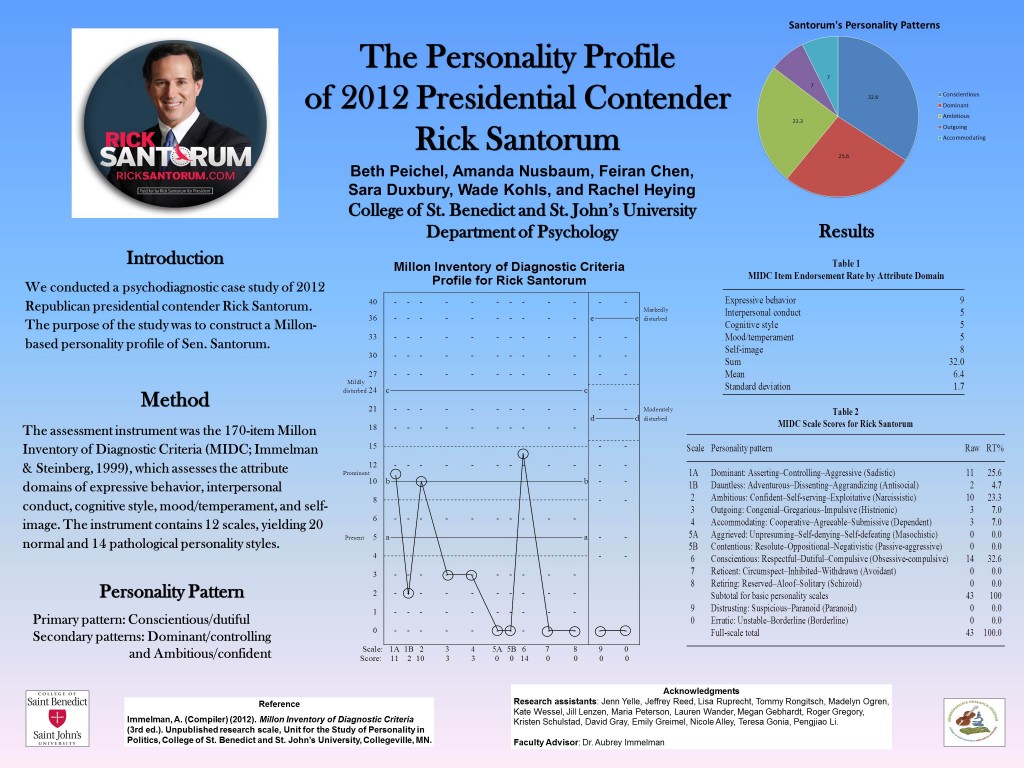 The profile reveals that Sen. Santorum’s primary personality pattern is Conscientious / dutiful, with secondary features of the Dominant / controlling and Ambitious / confident patterns.

As noted by personality theorist Theodore Millon, Conscientious / dutiful personalities are characteristically conventional, dependable, and principled, with a tendency toward personal rigidity or inflexibility. At times, these personalities may be uncompromisingly moralistic, self-righteous, and judgmental of others.

Conscientious personalities maintain a well-disciplined, organized lifestyle that enables them to function efficiently and successfully in most of their endeavors. They demonstrate an extraordinary degree of integrity, adhering as firmly as they can to society’s ethics and morals as they perceive them to be. Notably respectful of tradition and authority, they typically act in a reasonable, proper, and conscientious manner, do their best to uphold conventional rules and standards, and tend to be judgmental of those who do not.

Being principled, scrupulous, and meticulous, conscientious individuals tend to follow personal standards from which they hesitate to deviate and decide matters in terms of what they believe is right. They are often religious; maintaining their integrity ranks high among their goals, while voicing moral values gives them a deep sense of satisfaction.

The major limitation of this personality style is a predilection for seeing complex matters in black-and-white, good-or-bad, and right-or-wrong terms. Their major limitations with regard to executive decision making are cognitive constriction (with an attendant deficits in flexibility, creativity, and imagination); indecisiveness rooted in fear of committing errors of judgment; and striving for perfectionism to a degree that may interfere with task completion.