A psychological analysis of Texas senator Ted Cruz — a contender for the Republican nomination in the 2016 presidential election — by Atarah Pinder and Aubrey Immelman, Ph.D., at the Unit for the Study of Personality in Politics, revealed that Cruz’s primary personality pattern is Dominant / forceful, with secondary Ambitious / confident and Dauntless / Adventurous features and less prominent Outgoing / congenial and Contentious / resolute tendencies. In summary, Cruz’s personality composite can be characterized as a risk-taking, confident controller. 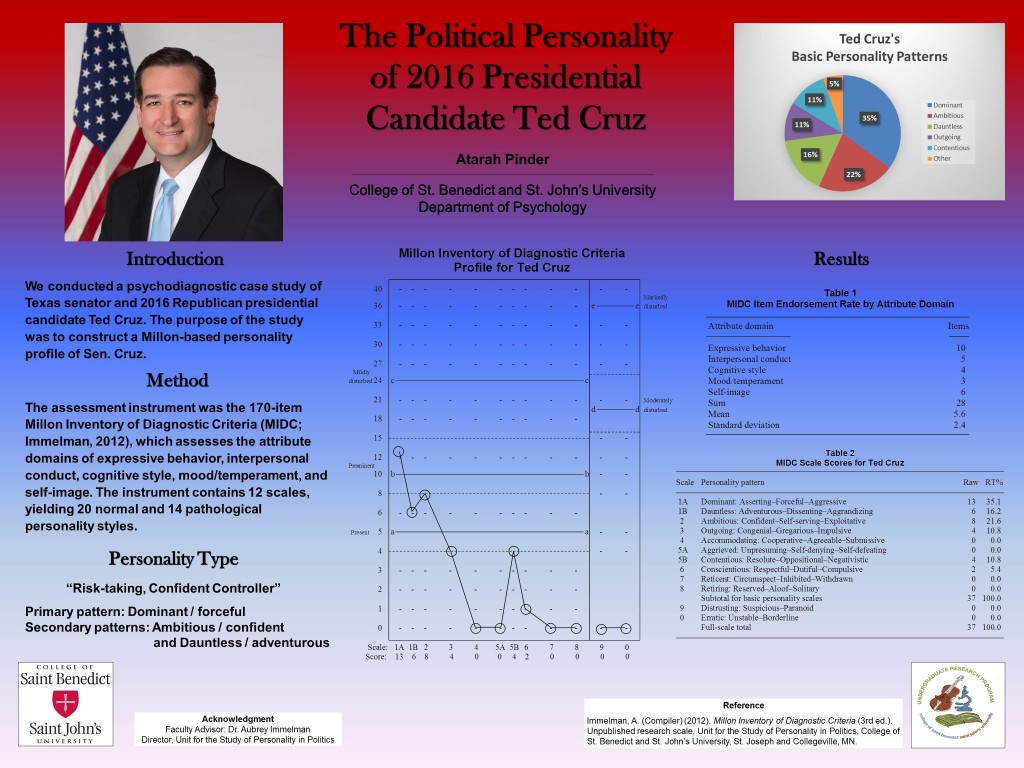 Ted Cruz: Will the “Wacko Bird” Soar Like an Eagle? (Atarah Pinder, St. Cloud Times, Sep. 6, 2015) — Many people dislike Texas Sen. Rafael Edward “Ted” Cruz — including some of his Republican colleagues. In fact, 2008 Republican nominee Sen. John McCain has gone so far as to call Cruz a “wacko bird.” Presidential hopeful Cruz embraces the label and wears it as a badge of honor. But the question remains: How high can this “wacko bird” fly in the 2016 Republican primary? … Full report

Ted Cruz scores moderately high on the Millon Inventory of Diagnostic Criteria-based Personal Electability Index, which has accurately predicted the outcome of every presidential election since 1996.

Following are the PEI calculations for Ted Cruz:

Political Armageddon: Ted Cruz Braces for Final Battle on Day of Judgment in Indiana Primary (May 2, 2016) 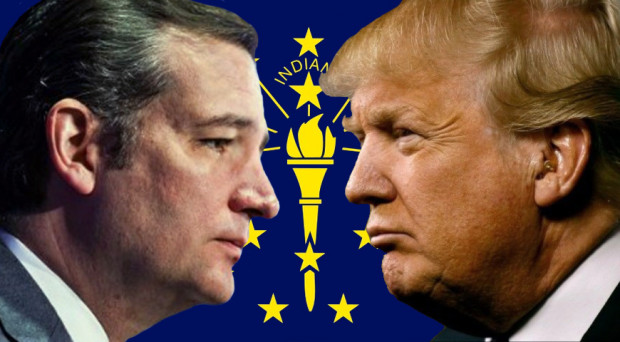 According to a poll by the Mike Downs Center for Indiana Politics on Friday, April 29, 2016, Ted Cruz leads Donald Trump 45 percent to 29 percent among registered voters. (Redstate.com)