“If we consider Trump’s enduring personality style, it quickly becomes clear why he has emerged as the favorite among the large field of Republican presidential hopefuls.” (Photo credit: Associated Press)

A high profile business mogul turned celebrity TV star insults an entire group of people and a nationally recognized war hero, yet expands his lead in the polls in pursuit of the highest office in the land. Anyone not living under a rock knows the candidate in question is Donald Trump — “The Donald.”

Trump, who is rewriting the conventional wisdom on campaigning for president, announced his run for office in early June, and despite many critics’ cynical prognostications, his campaign is thriving. Recent surveys of Republican voters show Trump with about 25 percent support in a huge field of more than a dozen credible candidates, surpassing even early favorites such as Wisconsin Gov. Scott Walker and former Florida Gov. Jeb Bush.

The question political pundits are asking is this: What makes a man so conspicuously abrasive that popular?

Understanding personality — a person’s ingrained, enduring, predictable patterns of thinking, acting, feeling and relating to others — can go a long way toward answering that question.

Empirical analysis of Trump’s personality employing the Millon Inventory of Diagnostic Criteria was conducted this summer at the College of St. Benedict and St. John’s University’s Unit for the Study of Personality in Politics.

Trump’s primary personality pattern was found to be Ambitious/self-serving — a measure of narcissism — with secondary features of the Dominant/controlling and Outgoing/gregarious patterns. The label “high-dominance charismatic” serves as shorthand for this particular personality complex, given that political charisma is typically a function of supreme self-confidence (narcissism) in combination with an ample dose of extroversion.

Persons who score high on both the Ambitious and Outgoing scales, as in the case of the self-confident, extroverted Trump — and, incidentally, former president Bill Clinton — are adept at self-promotion and skilled in the art of social influence. Although highly ambitious and driven, they have a tendency to be undisciplined, with a penchant for thinking superficially and speaking in generalities. They are prone to act impulsively and ultimately are more attuned to their own needs than to those of others.

The high level of dominance (indicative of combativeness) in Trump’s personality profile also yields some interesting insights. High dominance in a candidate feeds the public perception of strong leadership, an important component of electability. That holds especially true in the Republican Party, which tends to value toughness — a strong military, law and order, and so on — to a higher degree than is the case in the Democratic Party.

Examining Trump’s particular blend of personality traits paints a clearer picture of the persona behind the “distraction with traction,” as the Des Moines Register characterized the insurgent Trump in a recent editorial.

Not surprisingly, Trump’s personality has predictable leadership implications. He is exactly the kind of person who would pay actors to attend his presidential announcement speech as has been alleged, speaks in broad, oftentimes exaggerated, terms like saying he has a secret plan to defeat the Islamic State, refuses to apologize for anything, views himself as a nice guy loved by everyone, is driven by narcissistic dreams of glory, and considers himself potentially one of the greatest presidents in the history of the United States.

If we consider Trump’s enduring personality style, it quickly becomes clear why he has emerged as the favorite among the large field of Republican presidential hopefuls. Although name recognition surely plays a part, Trump is flying high by dint of his dramatizing, self-assured, self-inflating tone and a compelling, captivating persona, which sucks the air from media coverage of his rivals and places him center stage in water-cooler and dinner-table talk from coast to coast.

Of course, whether these personal attributes make for effective leadership of the free world is an open question.

This is the opinion of Hannah Hoppe, St. Cloud, a senior psychology major at the College of St. Benedict and St. John’s University, where she is a summer research fellow in the Unit for the Study of Personality in Politics, directed by Aubrey Immelman. 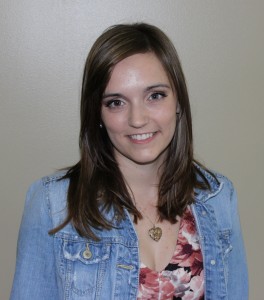 This is the third in an occasional series of personality profiles of most of the Republican candidates in the 2016 presidential election. Hannah Hoppe is a research assistant at the Unit for the Study of Personality in Politics led by associate professor Aubrey Immelman at St. John’s University/College of St. Benedict. Immelman specializes in the psychological assessment of presidential candidates and world leaders.

Hannah Hoppe presented her research poster “Personality Profiling of 2016 GOP Presidential Candidates: The Case of Donald Trump” at NCUR 2016, the 30th Anniversary National Conference on Undergraduate Research at the University of North Carolina at Asheville, April 7-9, 2016.