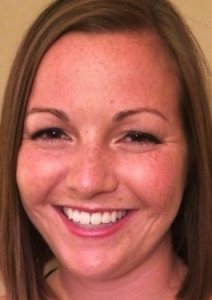 At 5:39 p.m. [CT] July 26, [2016] history was made in America. Hillary Clinton became the first woman to secure major-party nomination for president of the United States. Although some Americans may not view her nomination as a historic moment for the country, others argue this is a momentous occasion that will go down in history as the next big feminist win.

From struggling to pass the 19th Amendment to now having a woman’s name on arguably the most important ballot in the world, we’ve come a long way in the last century and a half. Or have we?

Political discourse in the wake of Clinton’s nomination illustrates our country still struggles with gender issues. But is this because we are by nature sexist, or are our brains simply hardwired to be critical of women leaders?

Psychologists specializing in sex differences from a biological perspective would argue the latter — at least to a significant extent. Although gender stereotypes are products of our culture, gender differences are fundamentally rooted in biology, which implies the tendency to view dominant women as overbearing (think “Iron Lady” Margaret Thatcher) but dominant men as strong leaders (think “British Bulldog” Winston Churchill) is hardwired into our brains.

A 2012 study at Texas A&M University illustrates this point. The researchers measured the amount of male sex hormones present in 3-month-olds and then tracked eye movement and duration looking at “male” versus “female” toys. The results? Babies with higher levels of male sex hormones spent more time looking at stereotypically male gendered toys. And all of this research was done on 3-month-olds — before societal pressures could plausibly influence their personal preferences.

But how exactly do sex differences influence how a person is perceived by society? College of St. Benedict and St. John’s University psychology professor Pamela Bacon argues if a woman is cold and uncaring, she tends to be judged more harshly than a man with identical traits because the woman violates the gender stereotype, whereas the man does not.

So, what does all of this “psychobabble” have to do with presidential politics? As a Talking Points Memo reader noted recently on the political website, “the kinds of things that leaders do are gendered as male, so we like Joe Biden or Barack Obama for doing them. But when Hillary does them, it’s seen as a violation of gender norms, and so we instinctively don’t like it.”

Politics is a dog-eat-dog world. Wars are waged, foreign policy is formulated, and economic policies are effected. Being president is not just kissing babies and playing golf; it’s serious business. Americans expect their president to be a strong, confident leader.

Psychologically speaking, strength is an expression of dominance and confidence reflects adaptive narcissism. And who ranks high on dominance and narcissism? Clinton. But so do many participants in the high-stakes game of presidential politics, including Donald Trump.

Looking at a candidate’s personality offers a glimpse into their leadership style. Research conducted at CSB/SJU’s Unit for the Study of Personality in Politics reveals Clinton has a personality profile similar to many other high-level leaders. Among the personality traits on which she ranks highest is dominance, similar to politicians such as Rudy Giuliani, Chris Christie and Bob Dole.

Regrettably, as indicated by the gender research cited earlier, male candidates high in dominance are viewed as tough and competent, whereas women who share that quality, like Clinton, are frequently denigrated. Thus, Clinton has been derided with unflattering pejoratives (see, for example “The era of ‘The Bitch’ is coming,” The Atlantic, Aug. 17, 2016). According to prevalent gender stereotypes, women are supposed to be docile and submissive, and those who do not conform are harshly criticized.

Hope or fear ahead?

Although Trump and Clinton are very different in many respects, from their sexes to their resumes to their political ideologies, they have some key qualities in common: their unprecedented unfavorability as major-party nominees and widespread doubt about their character. But if Clinton wins, will her gender inhibit her leadership?

If we look at some of history’s great women leaders, such as Thatcher, Indira Gandhi and Golda Meir, we cannot say their gender rendered them incompetent. But what we can say is that we, as human beings, are naturally hesitant and critical of dominant, ambitious women. Undoubtedly, that will leave Clinton with a steep hill to climb right out of the gate.

This is the opinion of Rylee Pool, Hastings, a senior biology major at the College of St. Benedict and St. John’s University, where she is a summer research fellow in the Unit for the Study of Personality in Politics, directed by Aubrey Immelman.

This the 10th in an occasional series of personality profiles of candidates in the 2016 presidential election. Rylee Pool is a research assistant in the Unit for the Study of Personality in Politics led by associate professor Aubrey Immelman at St. John’s University/College of St. Benedict. Immelman will elaborate after Labor Day in a commentary about the psychology of Hillary Clinton and her likely leadership style if elected president.