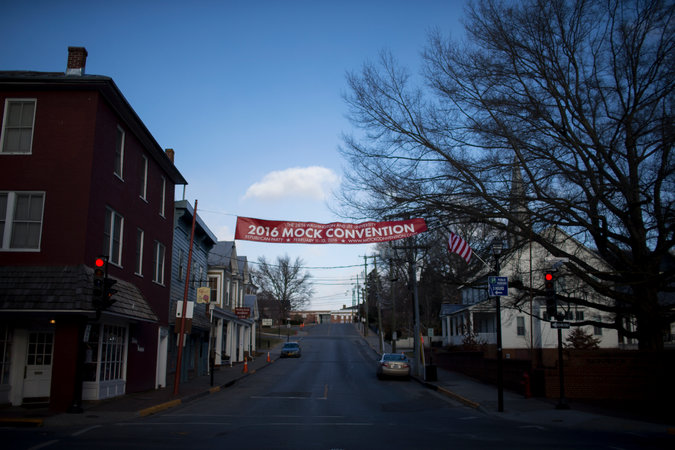 The mock convention has successfully predicted the nominee of the party not in the White House in 19 of 25 attempts. Credit: Chet Strange for The New York Times

A gymnasium full of college students … [predicted] that Donald J. Trump, the business tycoon who has never held elected office, would win the Republican nomination with more than twice as many delegates as the runner-up, Senator Ted Cruz of Texas.

For a political culture awash with polls and punditry, the mock convention at Washington and Lee University offers one of the most meticulous and intriguing predictions of its kind, having successfully forecast the nominee of the party not in the White House in 19 of 25 attempts, including all but two since 1948. …

The prediction is a serious matter on this history-soaked campus, where students have hosted a mock convention every four years since 1908. Designed to predict the nominee of the party not currently in the White House, it draws alumni and prominent politicians from around the country. … Full report at the New York Times