As reported by CNN:

The story, essentially an indictment of New Hampshire voters for choosing Trump, is in keeping with an editorial stance the website has had for weeks. …

Huffington Post wasn’t the only media organization to indict New Hampshire voters. The New York Daily News, long an outspoken critic of Trump, revealed that Wednesday’s headline will be: “DAWN OF THE BRAIN DEAD: Trump comes back to life with N.H. win as mindless zombies turn out in droves.” 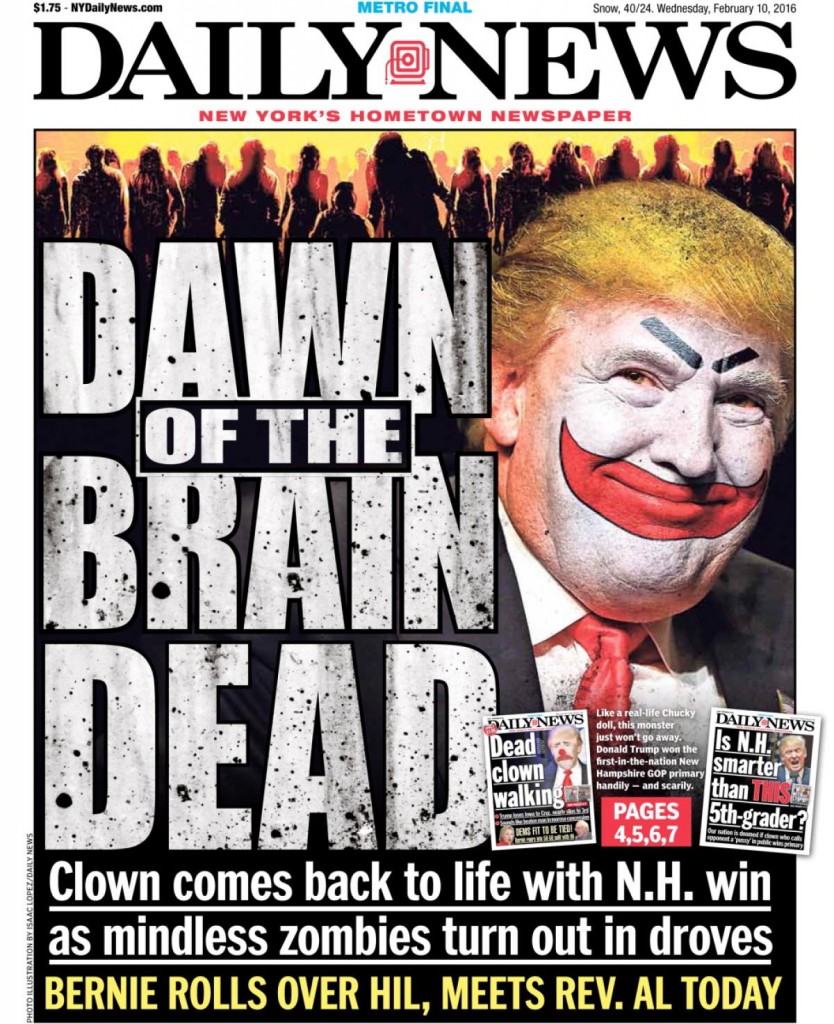