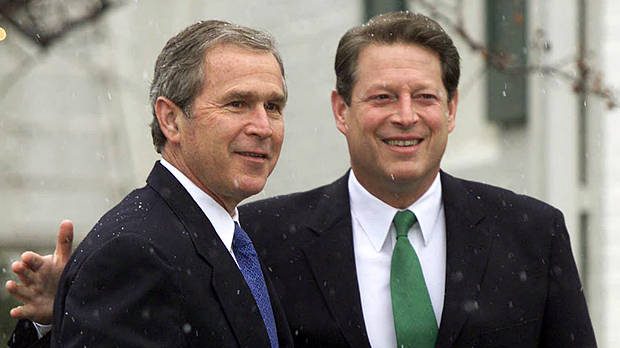 This paper presents the results of indirect psychodiagnostic assessments of the political personalities of Texas governor George W. Bush and U.S. vice president Al Gore, putative Republican and Democratic nominees in the U.S. presidential election of 2000, from the conceptual perspective of Theodore Millon. Diagnostically relevant information regarding George W. Bush and Al Gore was extracted from published biographical and autobiographical accounts and political reports in the print media, and synthesized into personality profiles using the second edition of the Millon Inventory of Diagnostic Criteria (MIDC), which yields 34 normal and maladaptive personality classifications congruent with Axis II of DSM–IV.

The personality profiles yielded by the MIDC were analyzed on the basis of interpretive guidelines provided in the MIDC and Millon Index of Personality Styles manuals. Governor Bush was found to be Outgoing/gregarious and Dominant/controlling. Vice President Gore was found to be Conscientious/dutiful and Retiring/aloof.

A dimensional reconceptualization of the results to examine convergences among the present Millon-based findings, Simonton’s dimensions of presidential style, and the five-factor model suggests that Bush is highly charismatic/extraverted and somewhat interpersonal/agreeable, but not very deliberative/conscientious, whereas Gore is highly deliberative/conscientious, somewhat lacking in interpersonality/agreeableness, and low in charisma/extraversion.

George W. Bush’s major personality-based leadership strengths are his skills in connecting with critical constituencies and mobilizing popular support, and his ability to retain a following and his self-confidence in the face of adversity. His major limitations include propensities for a superficial grasp of complex issues, being easily bored, acting impulsively, and favoring personal connections, friendship, and loyalty over competence in his staffing decisions and appointments.

Al Gore’s major personality-based leadership strengths are his conscientiousness, a detail-oriented ability to craft specific policies, and low susceptibility to ethical misconduct. His major limitations are his disdain for social interaction, his lack of spontaneity and personability (with an associated deficit of important political skills crucial for mobilizing and retaining popular support), and his self-defeating potential for dogmatically pursuing personal policy preferences despite legislative or public disapproval.