The Upside Of Being An Introvert (And Why Extroverts Are Overrated)

The Upside Of Being An Introvert (And Why Extroverts Are Overrated) 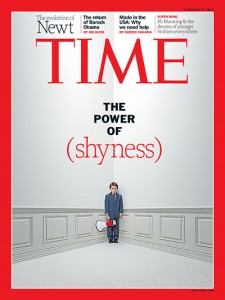 “The stereotype that politicians are extraverts has a basis in fact,” says Aubrey Immelman, a psychologist who runs the Unit for the Study of Personality in Politics at St. John’s University in Minnesota. “But Obama is relatively modest on that scale.”

That sets him apart from many of his predecessors, like the gregarious George W. Bush, whose bonhomie was one of his great selling points — to say nothing of [Bill] Clinton, who had to be physically torn away from crowds.

But  if extroversion is great on the campaign trail, it doesn’t always help in the business of governing. Both Clinton and Bush endangered their presidencies by engaging in what turned out to be graver risks than they might have imagined: one with an intern, the other in Iraq.

An introvert like Obama is more inclined to think before he acts, and if anything, the President has been criticized as too risk averse. …