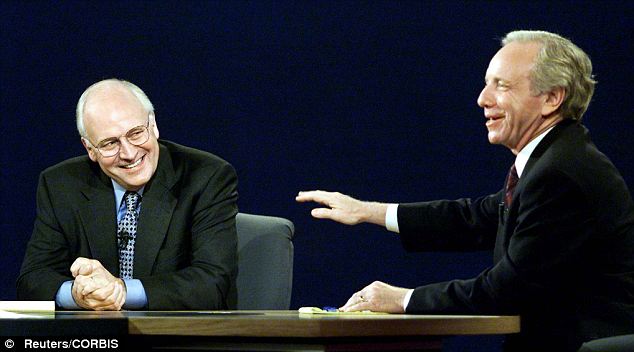 Al Gore’s selection of running mate Joseph Lieberman — “Mr. Clean” — makes it clear that the vice president regarded the “character question” as his political Achilles’ heel in his bid for the presidency. And George W. Bush’s selection of Dick Cheney — “Mr. Experience” — speaks for itself.

Lieberman, the first Democratic senator to roundly condemn President Clinton’s behavior in the Monica Lewinsky matter, gives Al Gore a modicum of political cover against the political fallout from his ostensible fundraiser at the Buddhist temple in 1996, the “dialing-for-dollars” debacle, and the specter of the president’s questionable conduct in the Oval Office —all of which will likely hound Gore down the homestretch of his presidential
campaign.

Who better to vouch for Gore than Lieberman, with his impeccable record
on matters of ethics and morality, and his squeaky-clean reputation for honesty and integrity?

Bush’s selection, too, has something of a prophylactic quality. The presence on the Republican ticket of Dick Cheney, the seasoned, battle-tested former congressman, White House chief of staff, secretary of defense, and corporate executive may reassure voters who suspect that Bush may be a political lightweight not quite ready for the big leagues.

On the face of it, Cheney complements Bush better than Lieberman complements Gore. Lieberman for the most part merely reinforces the conscientious, straight-laced Gore’s existing character strengths. Indeed, his selection as running mate seems to have been motivated mostly by Gore’s expectation that the Connecticut senator would be a foil against the notion that he lacks integrity.

Ironically, this pervasive stereotype of Gore is fundamentally devoid of substance. Former New York Gov. Mario Cuomo best captured this contradiction —though disagreeing with its premise, as he must — when he observed, “The idea that Joe Lieberman is going to serve as some kind of palliative for a fault that Al Gore never had, is kind of ridiculous to me. … He amplifies all of Gore’s strengths, whereas Bush had to select someone who
compensated for his weaknesses.”

But what about Gore’s weaknesses? He lacks Bill Clinton’s skills as a “retail politician.” He is less than spectacular on the campaign trail and as a congressman and senator was not enormously popular among his peers, many of whom viewed him as a loner.

What Gore really needs is a running mate who can balance his personal deficits in the politically pivotal skills of easily connecting with people — skills without which it is extremely difficult in modern presidential politics either to energize, mobilize, and retain the popular support required for election to the office, or to cultivate and nurture the network of supportive relationships necessary for a president to implement and institutionalize his policy objectives.

Lieberman fits this bill exquisitely. The irony is that Gore, in darting for the political cover afforded by the upstanding Lieberman, stumbled upon his greatest asset as a running mate: an engaging personality worth quality points in the polls.

Lieberman’s disarmingly engaging manner will stand the Democratic ticket in good stead by helping Gore where he needs it most: energizing the campaign and mobilizing popular support. And, being well liked and respected by Senate colleagues on both sides of the aisle, Lieberman could be instrumental in helping a Gore administration consummate its policy objectives.

On the campaign trail, in stark contrast to the Democrats, the Republican ticket can do without its vice-presidential nominee. As a campaigner, Bush, unlike Gore, has little need for a supporting act. Bush’s engaging personal style is well suited to energizing his base and rallying independent voters and Reagan-type Democrats. But Dick Cheney could be indispensable in a Bush administration.

Outgoing personalities such as Bush often lack the discipline, organizational skill, and attention to detail necessary to formulate policies and shepherd them through to their completion. In this regard, the experienced, conscientious, disciplined Cheney will be more than worth his weight in oil.

Given the personalities of the protagonists, it’s a fair bet that Cheney will play a more central role in a Bush administration than will Lieberman under Gore. In Texas, Gov. Bush has proven himself adept at accentuating his strengths and overcoming his limitations by painting in broad strokes, delegating the policy details to the experts, and investing his energies in what he does best — marketing and selling a political product.

Gore, in contrast, will likely cut Lieberman less policy-formulating slack once in office. Bob Zelnick, in his biography, “Gore: A Political Life,” quotes Gore’s 1988 presidential campaign manager Fred Martin as saying that Gore “proved to be a micro-manager of every aspect of the campaign, incapable of delegating any authority” — a “control freak” who was “into every large issue and every petty detail from Tipper’s schedule, to car pools, scheduling, hiring and thank you notes.” One person’s opinion, certainly, but fully consistent with Gore’s conscientious personality profile.

As a campaigner, the affable Lieberman does more for Gore than the more forbidding, blunt, untactful Dick Cheney does for Bush. The buoyant Lieberman brings bounce to the Gore campaign. And with his disarming, agreeable manner, Lieberman gets away with gambits that would grate on Gore — like a little Bible thumping and calling Bush “an intellectual lightweight.”

Where Bush may lack gravitas, Gore could do with a little lightening up. In this regard, Lieberman, with his impish sense of humor, in office may be just the antidote to Gore’s affliction. And in Cheney, a Bush administration will have a heavy hitter who would deftly go to bat for Bush.