Personality may overpower pundits, polls in this election 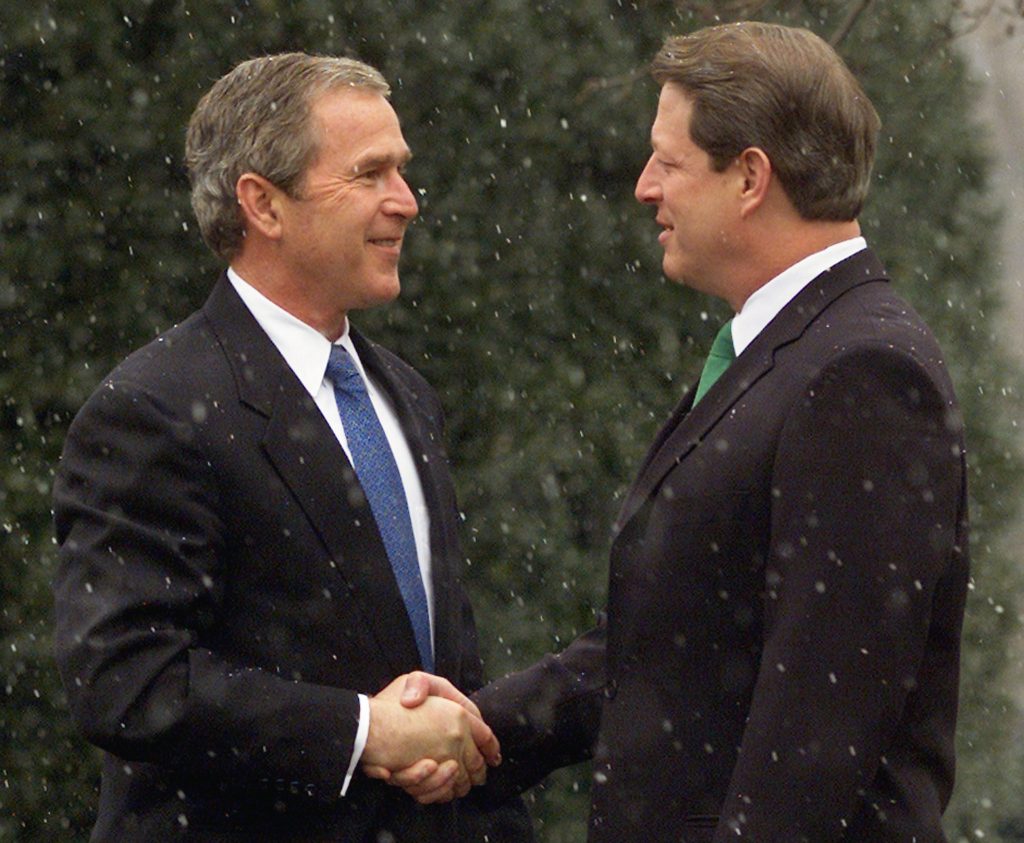 Tumbling precipitously from a commanding 58 to 34 percent lead among women in the Sept. 18-20 CNN/USA Today/Gallup poll, Gore was left clinging to a slim 48 to 44 percent margin in the Sept. 21-23 numbers.

What went wrong for Gore? No international crisis, no national malaise, no market crash, but something more banal: a contest of personalities, with appearances by both candidates on the “Oprah Winfrey” show.

Though correlation does not imply causation, one has to wonder: Could it be that a new dynamic is permeating the political process?

Recently, seven academics presented their forecasts for the outcome of this year’s presidential election at the annual meeting of the American Political Science Association in Washington, D.C. Their conclusions were unanimous: Al Gore defeats George W. Bush — and rather decisively, to boot.

Using complex — and arguably obsolete — statistical formulas, six analysts forecast victory margins ranging from 52.3 to 55.4 percent of the major-party vote for Gore, while a seventh, at 60.3 percent, predicted a virtual landslide for the vice president.

Despite slight differences among the seven models’ specific predictor variables, all regard factors such as economic growth, the public’s perception of economic well-being, the popularity of the incumbent president, and the candidates’ standing in public opinion polls as the crucial election-outcome prognosticators.

Perhaps the professors should take another look at their computer programs, because their forecasting formulas could have a little Y2K glitch.

In short, they fail to fully account for an emerging, pivotal predictor of presidential election outcomes at the turn of the century: the personal dimension in politics.

In its coverage of the professorial prognostications, the Washington Post on Aug. 31 reported, “These models have proven highly accurate in the past. Their authors have applied them retrospectively to every election since 1948 [Truman vs. Dewey] or 1952 [Eisenhower vs. Stevenson] and found that most of them foresaw the final result of all but the closest elections.”

Considering the drastic changes in American society and popular culture over the past 50 years, the viability of a predictive model that glosses over the impact of personality (as filtered through the probing lens of the popular media) strains credulity.

The first glimmerings of this new dynamic — though effectively obscured by a protracted hostage crisis and pervasive public pessimism — were evident in the 1980 presidential election, when Ronald Reagan defeated Jimmy Carter by a 10-point margin.

But the personality dynamic in politics became more clearly discernable in 1984, when Walter Mondale could muster majorities only in his home state of Minnesota and in the District of Columbia.

Time and again since the first televised presidential debates in 1960, with the exception of Richard Nixon in 1968 and 1972, the presidential candidate with the greatest personal charisma and publicly perceived warmth or likability has won the race.

At the state level, this burgeoning political force propelled Minnesota Gov. Jesse Ventura to victory in 1998, and in the 2000 primary season threatened to swamp Republican standard-bearer George W. Bush’s presidential ambitions, in the person of the insurgent John McCain.

Current cultural trends with respect to political participation and public opinion formation strongly suggest that the accuracy of presidential forecasting models can be improved by acknowledging the pivotal role of personality in present-day presidential campaigns, and entering it into the equation.

A robust predictor of electoral success that is both parsimonious and easily operationalized — practical and measurable — is extraversion, the personality factor that best captures a candidate’s charisma and likability.

Indeed, one could argue that public opinion polls, already included in these formulas, serve as indirect, partial measures of the extraversion-introversion dimension.

The point, simply, is this: A critical determinant of whether people form positive or negative personal impressions hinges on their perception of others as warm and outgoing vs. cold and retiring.

The prototype of the presidential candidate who fails to ignite the public’s passion in an era of “made-for-television” elections is the conscientious introvert — a character type that has not occupied the Oval Office since Jimmy Carter, and before him Herbert Hoover, Calvin Coolidge, and Woodrow Wilson.

Rightly or wrongly, in presidential politics voters tend to perceive the social reserve and emotional distance of introverted candidates as indifference and a lack of empathy, which elicits a reciprocal response to the candidate.

Of course, what plays well in the media may be unrelated to important virtues that people look for in a president — qualities such as integrity, discipline, and preserving the dignity of the office, which have more to do with conscientiousness than with charisma.

Personality as publicly perceived — not the much overstated “Clinton fatigue” or nagging concerns over Gore’s questionable fund-raising practices or penchant for hyperbole — constitutes the key to understanding Gore’s flimsy public support prior to the Democratic National Convention. There, the warm, affable Joe Lieberman finally added a more compassionate, human dimension to the Gore ticket.

In contemporary presidential politics, positing a predictive model that discounts the personal dimension in politics is somewhat akin to constructing a climatological model that fails to factor in mounting evidence of the influence of greenhouse gasses.

Increasingly at play in politics today is the person — a new reality that prognosticators ignore at their peril.