The risks of relying on charisma

Editor’s note: One year ago, in June 1999, Times columnist Aubrey Immelman wrote this piece for the Web site of MSNBC in which he predicted that Vice President Al Gore would lose the 2000 presidential election against an outgoing candidate such as Texas governor George W. Bush — or Arizona Sen. John McCain, for that matter. The recent shake-up in the Gore campaign, with commerce secretary William Daley replacing Tony Coelho as Gore’s campaign manager, has fueled Democratic concerns that Gore is in trouble. This perception is bolstered by a recent CNN/Time poll, which gave Bush a 49-45 percent lead over Gore. It is against this background that we reprint Immelman’s analysis here, with permission from MSNBC. 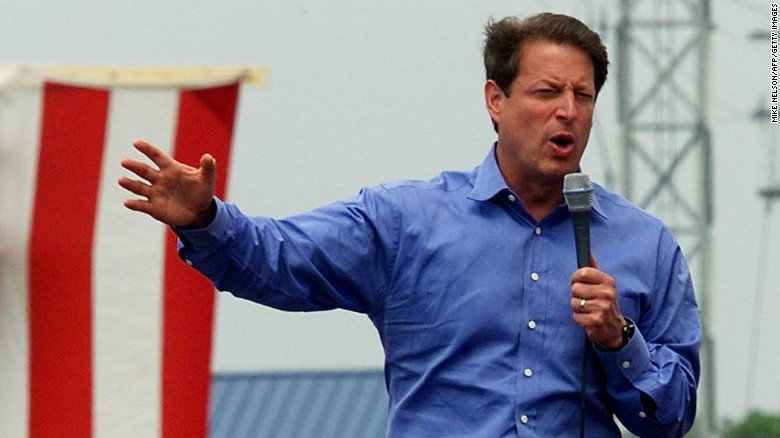 Time and again in recent electoral history — with the exception of Richard Nixon — the presidential candidate with the most charisma routinely has emerged the winner.

And the inescapable truth for Election 2000 is this: On the basis of campaign style alone, George W. Bush and any number of Republican contenders will beat Al Gore hands down.

Al Gore can’t win in 2000. And that should concern Democrats and Republicans alike. Gore appears to be a person of character and integrity, but as The New Republic’s Martin Peretz has said, he is “a sober man in a silly time.”

As our civic values are increasingly shaped by entertainment industry standards, Gore’s storied stiffness, wooden demeanor, and lack of charisma seem to have eclipsed all of his other attributes as a candidate.

But does it play?

The great irony of popular democracy is that what plays well in the media is unrelated to many important qualities that people look for in a president: honesty, trustworthiness, and the capacity to protect and defend the Constitution and preserve the dignity of the office.

Gore may possess these qualities, but he has been so successfully typecast as a stiff that he can barely get the voting public’s attention.

Who is Al Gore? A study of his political personality reveals a dutiful, conscientiousness character infused with the distinctly aloof demeanor of an introvert. In “Gore: A Political Life,” biographer Bob Zelnick has this to say of young Al’s personal attributes as a high school senior: “‘If you sidled up to him you would be left with the sense he’s aloof and his mind is someplace else,’ a friend recalls. Another member of his class says that ‘Al, then as now, was very self-controlled.’”

These deep-seated character traits have important implications for Al Gore’s political personality and his presidential prospects. They are evidence that his major strengths in office will be dependability, prudence and restraint, diligence about duty and responsibility, dedication to moral principle, and low susceptibility to ethical misconduct.

But they also indicate a deficit in the vital political skills of warmth and charisma, and a self-defeating propensity for dogmatically pursuing personal policy preferences despite legislative or public disapproval.

Pollster John Zogby, for example, has said, “Somehow, some way, someone has to pay for what this country’s been through over the last few years [and Gore] doesn’t have the finesse or the ability to rope-a-dope that his boss Bill Clinton does, and so I think he’s paying for it, at least for now.”

It would be a travesty to punish Al Gore for President Clinton’s sins; Gore’s personality and his track record show he would be a very different kind of president.

Considering the strength of the economy and the collective contentment of the American people, Gore’s sagging poll numbers seem inexplicable.

In part, the problem is one of personality and public perception. Studies show that aside from physical appearance one of the first things that people notice about others is whether they are outgoing or introverted. Gore is distinctively the latter.

The social reserve and emotional distance of introverted candidates is publicly perceived as indifference and a lack of empathy, which elicits — and this is key to making sense of Gore’s flimsy support — a reciprocal reaction in others.

But Al Gore’s personal political style is not solely a function of his introversion. The vice president also is highly conscientious.

Conscientious personalities, according to Millon, are expressively disciplined; they maintain “a regulated, highly structured and strictly organized” lifestyle. A characteristically solemn mood state is conveyed in an unrelaxed, tense demeanor associated with tight emotional control. Not surprisingly, Gore is publicly perceived as stiff and formal. His stiffness reflects his conscientiousness, while his wooden demeanor reveals his introversion.

Clinton’s advice to Al Gore to “loosen up” risks trapping Gore in a “be spontaneous” paradox that will merely aggravate his petrification.

Conscientious, dutiful personalities are usually the epitome of decency and honor in matters of morality, but have a penchant for getting mired in detail and treating subordinates with condescension. As Gore’s 1988 campaign manager Fred Martin has said, quoted by Zelnick, Al Gore “can be warm and intimate one day, distant, cold, and critical the next. He will sometimes nitpick himself and the people around him.”

What is required is not a makeover for Gore, but a little public education. It would be a good thing for voters, image-conscious candidates, and the news media that cover them to understand that charisma and a seductive presence in politicians create a dangerous illusion. The halo effect of the pleasing veneer of sociability, idealistic concern, and compassion tends to trick voters into ascribing other admirable qualities to the person — often without good reason.

Democracy demands more penetrating insight into the character of those who would be president.

For Al Gore to become a viable contender, he should lose the self-effacing jokes and concentrate instead on conveying a clear, unadulterated message about who he is and what he stands for.

Instead of trying to overcome his stiffness with a counterfeit, “connect with people” leadership style, he should capitalize on his stiffness as concrete evidence, so to speak, of his fundamental integrity.

He should play up his introversion as an asset that will serve him well, enabling him to focus on the business of leadership unencumbered by the burdens of bonding with constituents and falling prey to polls.

Al Gore’s personality is here to stay. Instead of treating his stiffness as a disability or explaining it away, the Gore campaign should boldly proclaim it as his badge of honor. And the rest of us should ponder recent presidential history and contemplate the hazards of seduction by charisma.