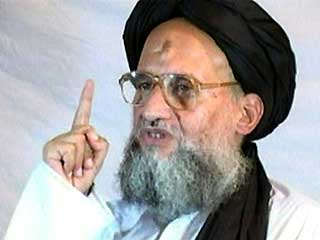 This report presents the results of an indirect assessment of the personality of Ayman al-Zawahiri, deputy leader of the al-Qaida terrorist network at the time of the September 11, 2001 terrorist attack on the United States and allegedly chief strategist for al-Qaida operations and personal physician to Osama bin Laden.

Information concerning al-Zawahiri was collected from open-source media reports and synthesized into a personality profile using the second edition of the Millon Inventory of Diagnostic Criteria (MIDC), which yields 34 normal and maladaptive personality classifications congruent with Axis II of DSM-IV.

The personality profile yielded by the MIDC was analyzed on the basis of interpretive guidelines provided in the MIDC and Millon Index of Personality Styles manuals. Al-Zawahiri’s primary personality patterns were found to be Contentious/oppositional and Dominant/controlling, with secondary features of the Dauntless/dissenting and Ambitious/self-serving patterns.

The amalgam of Contentious (negativistic, or passive-aggressive) and Dominant (aggressive, or sadistic) patterns in al-Zawahiri’s profile suggests the presence of the “abrasive negativist” syndrome. For these personalities, minor frictions easily exacerbate into major confrontations and power struggles. They are quick to spot inconsistencies in others’ actions or ethical standards and adept at constructing arguments that amplify observed contradictions. They characteristically take the moral high ground, dogmatically and contemptuously expose their antagonists’ perceived hypocrisy, and contemptuously, derisively, and scornfully turn on those who cross their path.

The major implication of the study is that it offers an empirically based personological framework for conceptualizing Ayman al-Zawahiri’s antagonistic negativism, single-minded commitment to a cause, inflammatory rhetoric, and forceful persuasiveness — qualities instrumental in Osama bin Laden’s insidious campaign to propagate diabolical enemy images of the West as a catalyst for incubating a political culture contrived to inculcate religious extremism in the Islamic world.

Ayman al-Zawahiri: How a CIA drone strike nearly killed the head of al-Qaeda (Jeff Stein, Newsweek, April 21, 2017) — The [Trump] White House signaled a new, tougher approach to eliminating al-Zawahiri and his militant allies in early April with the appointment of Lisa Curtis to head the South Asia desk for the National Security Council. … The Al-Qaeda leader had been moving about the Federally Administered Tribal Areas since at least 2005, according to a forthcoming book, The Exile: The Stunning Inside Story of Osama bin Laden and Al Qaeda in Flight, by longtime British investigative reporters Cathy Scott-Clark and Adrian Levy. … Full report