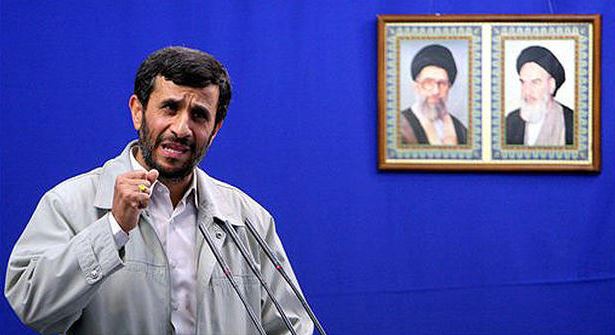 A remote psychological assessment of Iranian president Mahmoud Ahmadinejad was conducted from 2005 to 2009, from the conceptual perspective of personologist Theodore Millon. Psychodiagnostically relevant data regarding Ahmadinejad was extracted from open-source intelligence and synthesized into a personality profile using the Millon Inventory of Diagnostic Criteria (MIDC), which yields 34 normal and maladaptive personality classifications congruent with Axis II of DSM–IV.

The personality profile yielded by the MIDC was analyzed on the basis of interpretive guidelines provided in the MIDC and Millon Index of Personality Styles manuals. Ahmadinejad’s primary personality patterns were found to be Distrusting/suspicious (paranoid) and Ambitious/exploitative (narcissistic), with secondary Dominant/controlling (sadistic) and Dauntless/dissenting (antisocial) patterns. In addition, the personality profile contained subsidiary Aggrieved/unpresuming and Contentious/resolute features.

The amalgam of Distrusting (paranoid) and Ambitious (narcissistic) patterns in Ahmadinejad’s profile suggests the presence of a syndrome that Theodore Millon has labeled the fanatical paranoid — a personality composite that overlaps substantially with the construct of “malignant narcissism” described in modern reformulations of psychoanalytic theory.

As described by Millon, these personalities characteristically harbor intricate fantasies, make extravagant claims, fabricate stories to enhance their self-worth, and endow themselves with illusory powers; in their own minds they are inspired leaders, talented geniuses, holy saints, or demigods, perceiving themselves as righteous saviors standing up to the evils of the universe. Behaviorally, these personalities present as smug, arrogant and expansive, with an air of contempt toward others. In the face of adversity, delusions of grandeur constitute their chief coping mechanism.

The major political implication of the study is the inference that Ahmadinejad is relatively impervious to influence by diplomatic or economic means and not conflict averse, which heightens the risk that he would be psychologically inclined to use military force with minimal provocation to counter perceived threats to regime survival.