Bush gets bad rap on intelligence 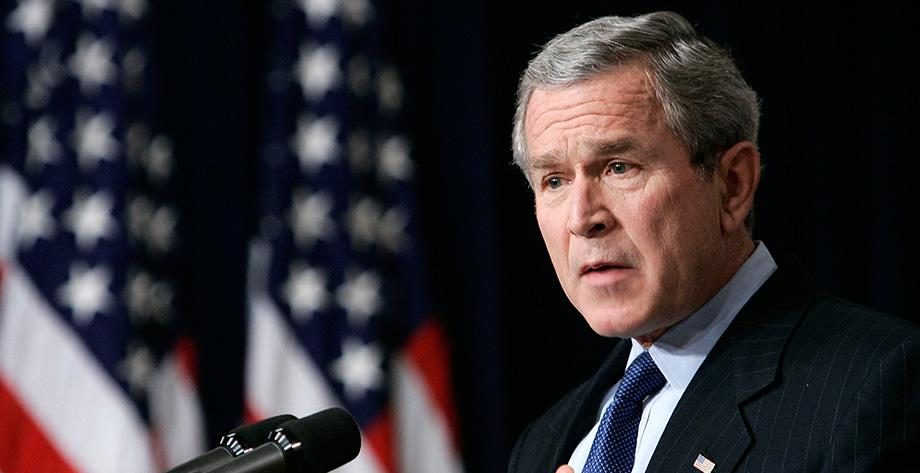 Things fall apart; the centre cannot hold;
Mere anarchy is loosed upon the world,
The blood-dimmed tide is loosed …
— W. B. Yeats, “The Second Coming”

A week from today, the sun will rise on the second Bush presidency in a generation, in what for some may be a day of trepidation. Does Bush the Younger have what it takes to lead the nation in the new millennium?

It’s a question that transcends concerns about George W. Bush’s conservatism or a path to power marred by youthful indiscretions. It’s not about ideology or character; it’s a question of cognitive capacity.

The Spanish physician Juan Huarte in 1575 proposed one of the earliest recorded definitions of intelligence: learning ability, imaginativeness and good judgment. Undoubtedly, the mantle of the modern U.S. presidency imposes a steep learning curve and demands vision, wisdom and discretion.

Equally clear is this: Sheer intellectual brilliance does not cut it in the Oval Office.

In terms of brute brainpower, the smartest postwar presidents were Richard Nixon, a Duke Law School graduate with a reported IQ of 143; Jimmy Carter, who graduated in the top 10 percent of his Naval Academy class; and Rhodes scholar Bill Clinton, a graduate of Georgetown University and Yale Law School. Deeply flawed presidencies all, despite their potential.

Despite their intellectual limitations, both achieved substantial political success as president. And, to press home the point, there is Franklin D. Roosevelt, a top-tier president in rankings of historical greatness, whom the late Supreme Court justice Oliver Wendell Holmes branded “a second-rate intellect but a first-class temperament.”

Huarte’s notion of intelligence comprises a mix of mental acumen and emotional discernment that provides a sound foundation for modern-day presidential success.

To put it bluntly, the president need not be the sharpest tool in the shed, but he does need a full deck of cards. He must be comfortable in his own skin, free of emotional demons, and surround himself with competent people. With apologies to Saturday Night Live’s Stuart Smalley, the successful president need not be a towering giant, he just needs to be good enough, smart enough — and, doggone-it, people must like him.

George W. Bush can be likable and charming. But, as the New York Times pondered in a front-page article on June 19, 2000, “is he smart enough to be president?”

Unlike John F. Kennedy, who obtained an IQ score of 119, or Al Gore, who achieved scores of 133 and 134 on intelligence tests taken at the beginning of his high school freshman and senior years, no IQ data are available for George W. Bush. But we do know that the young Bush registered a score of 1206 on the SAT, the most widely used test of college aptitude. (The more cerebral Al Gore obtained 1355.)

Statistically, Bush’s test performance places him in the top 16 percent of prospective college students — hardly the mark of a dimwit. Of course, the SAT is not designed as an IQ test. But it is highly correlated with general intelligence, to the tune of .80. In plain language, the SAT is two parts a measure of general intelligence and one part a measure of specific scholastic reasoning skills and abilities.

If Bush could score in the top 16 percent of college applicants on the SAT, he would almost certainly rank higher on tests of general intelligence, which are normed with reference to the general population. But even if his rank remained constant at the 84th-percentile level of his SAT score, it would translate to an IQ score of 115.

It’s tempting to employ Al Gore’s IQ:SAT ratio of 134:1355 as a formula for estimating Bush’s probable intelligence quotient — an exercise in fuzzy statistics that predicts a score of 119. If the number sounds familiar, it’s precisely the IQ score attributed to Kennedy, whom Princeton political scientist Fred Greenstein, in “The Presidential Difference,” commended as “a quick study, whose wit was an indication of a subtle mind.”

As a final clue to Bush’s cognitive capacity, consider data from Joseph Matarazzo’s leading text on intelligence and the National Longitudinal Survey of Youth: The average IQ is about 105 for high school graduates, 115 for college graduates and 125 for people with advanced professional degrees. With his MBA from Harvard Business School, it’s not unreasonable to assume that Bush’s IQ surpasses the 115 of the average bachelor’s-degree-only college graduate.

George W. Bush has often been underestimated. Almost certainly, he’s received a bad rap on the count of cognitive capacity. Indications are that, in the arena of mental ability, Bush is in the same league as John F. Kennedy, who graduated 65th in his high-school class of 110 and, in the words of one biographer, “stumbled through Latin, French, mathematics, and English but made respectable marks in physics and history.”

The feisty, sometimes-irreverent Bush’s mental acuity may lack a little of the sharpness of his tongue, but plainly it is sharp enough. The real test for the president-elect will be whether he possesses the emotional intelligence — the triumph of reason over rigidity and restraint over impulse — to steer the course.