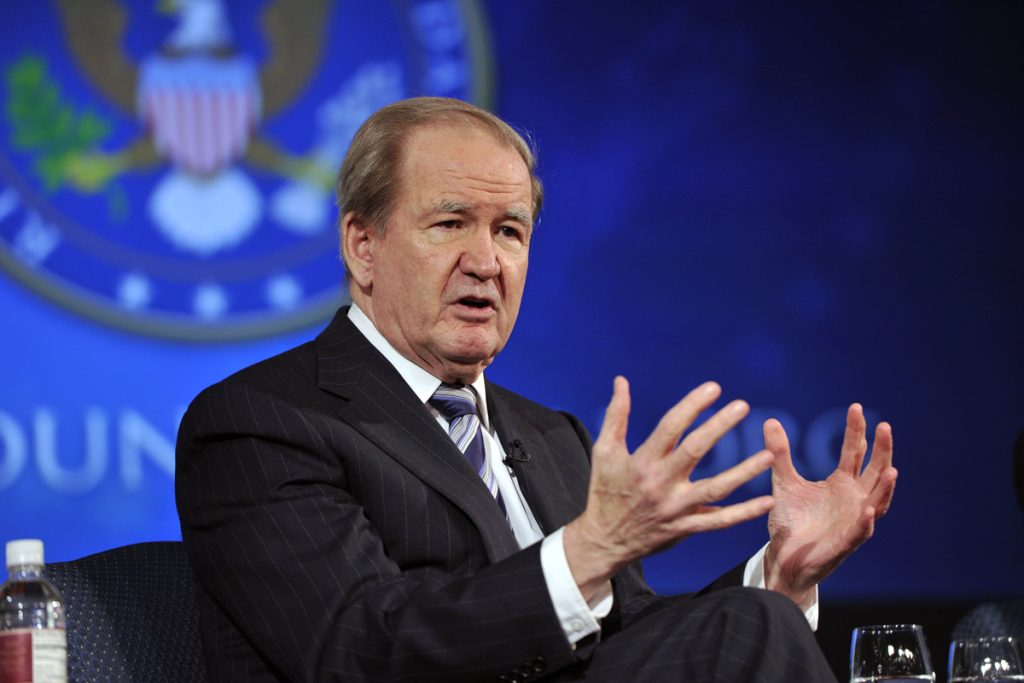 As the primary season looms for Republicans and Democrats, internal rumblings in the Reform Party herald its own vigorous quest for a viable presidential candidate.

The fault line between the Ross Perot-Russ Verney party establishment and the rising Jesse Ventura camp over the site of next summer’s convention — California vs. Minnesota — is mirrored in the battle lines for the party’s nomination.

We reserve judgment on Trump until after his forthcoming meeting with Ventura, who himself may well emerge as the Reform Party’s candidate of choice.

As for Buchanan, the conventional wisdom is that he quit the Republican Party in his quest for a place at the podium in next fall’s presidential debates.

But for a more revealing grasp of Buchanan’s deeper motives and a more illuminating glimpse of his likely leadership style, we must cut beneath the clutter of his populist public persona and his political opportunism, and uncover his enduring, characteristic personality patterns.

As a boy, “Paddy Joe” Buchanan was a scrappy fighter in the schoolyard and in his Georgetown neighborhood.

Patrick Joseph Buchanan the man would find an intellectual niche for his natural pugnacity. He enjoys debating the issues of the day and picking fights with those who disagree. His success as co-host of CNN’s “Crossfire” is not coincidental.

Buchanan’s conservative outlook, in conjunction with his combative bluntness, has predictably prompted visceral responses from his critics. He has been accused of everything from bigotry to anti-Semitism.

George Grant, in his biography “Buchanan: Caught in the Crossfire,” quotes conservative commentator Joe Sobran as saying, “One of the nicer charges against Pat Buchanan is that he is a ‘bully.’ This is just about the opposite of the truth. A bully picks fights he knows he can win; Buchanan picks fights with forces larger than himself.”

Sobran’s analysis has significant psychological implications: Victimizing groups or individuals unable or unlikely to retaliate may be indicative of a sadistic character structure; crusading against powerful adversaries is less tied to character than to ideological zeal and personal ambition.

Buchanan uses his substantial ambition to take on the political and policy-making establishment. He fervently believes that his conservative ideals offer the best route to a promising future, and he vigorously champions and defends his ideals and values in public. These values and ideals are deeply rooted in his upbringing, which included the inculcation of strong Christian and family values.

His present-day morals, beliefs, and ideals were shaped around the dinner table during his boyhood and congealed in stable personality patterns that can serve as a basis for predicting Buchanan’s leadership style.

His feistiness and his relentlessness are products of these deeply etched personal characteristics, reflecting, respectively, controlling and conscientious personality patterns.

Controlling personalities enjoy calling the shots and commanding compliance. They are characteristically opinionated, outspoken, and unyielding, holding strong beliefs which they vigorously defend. They are tough and unsentimental, and thrive in leadership roles.

Conscientious personalities are typically respectful of tradition and authority, dutiful and diligent about their responsibilities, do their best to uphold conventional rules and standards, and tend to be judgmental of those who do not. They are loyal, unbending in their adherence to social proprieties, and intolerant of deviance.

Interestingly, of the candidates that we have profiled at the Unit for the Study of Personality in Politics, Buchanan is most similar to New York Senate contenders Rudy Giuliani and Hillary Clinton. Buchanan is less hostile and enforcing than Giuliani and less narcissistic (self-centered, entitled) than Clinton. He is more ideological than either, though this is largely irrelevant to personality (but of some importance in understanding the impact of personality in politics).

Buchanan’s underlying personality pattern has distinct political advantages. It permits him to be a forceful, impassioned orator able to rebut opposing points of view with poise and self-confidence while preserving his fundamental principles.

Where poll-driven politicians may waver, Buchanan can stand firmly and speak his mind. The downside of these very traits is stubbornness and unwillingness to compromise. Obdurate recalcitrance, as a basic personality trait, can be a fatal flaw in the give-and-take of practical presidential politics, which often requires a bipartisan approach.

At best, an uncompromising disposition can undermine a president’s moral authority and political effectiveness.

In his book, “The Psychological Assessment of Presidential Candidates,” political psychologist Stanley Renshon notes three core components of political leadership influenced by character and personality: mobilization (the ability to arouse, engage, and direct the public), orchestration (organizational skill and the ability to craft specific policies), and consolidation (implementing one’s policies).

Given our assessment of his personality, the verdict on Buchanan is mixed. Buchanan’s controlling quality, charisma, and oratorical skills have stood him in good stead with respect to mobilization, and Buchanan obviously recognizes and values this attribute in himself.

In his autobiography, “Right from the Beginning,” Buchanan quotes longtime friend and journalist Allan Ryskind of “Human Events” in this regard: “[W]hat elevates Buchanan above the common politician is his extraordinary capacity to define life-and-death issues in a powerful rhetorical style that moves men to action.”

In the sphere of orchestration, Buchanan’s conscientiousness — which includes diligence and attention to detail — may serve him well, though he may be hampered by his lack of experience in elective office.

But of greater concern are his likely personality-based deficits in the leadership domain of consolidation, the consummation of policy objectives.

Buchanan, with his potentially self-defeating combination of controlling dominance and a moralistic conscience, may simply be too inflexible to garner broad-based support in the pluralistic polity that is the United States at the dawn of the 21st century.

Jason Bartos is a junior psychology and chemistry major from Maple Plain, Minn. Nick Buhl is a senior computer science and physics major from Waukon, Ia. They participated in the “Psychological Assessment of Presidential Candidates” course taught last fall by Aubrey Immelman, associate professor of psychology, at the College of St. Benedict and St. John’s University.