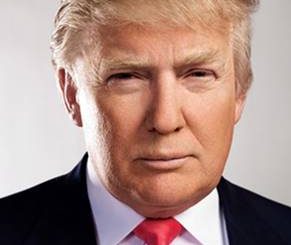 Summary: A psychological analysis (conducted summer 2015) of real estate mogul and television celebrity Donald Trump — a contender for the Republican nomination in the 2016 presidential election — by Hannah Hoppe and Aubrey Immelman, Ph.D., at the Unit for the Study of Personality in Politics, revealed that Trump’s predominant personality pattern is Ambitious/self-serving (a measure of narcissism) with secondary features of the Dominant/controlling and Outgoing/gregarious patterns — a personality composite best characterized as a “high-dominance charismatic.” … October 2016 update: Donald Trump’s predominant personality patterns are Ambitious/exploitative (a measure of narcissism) and Outgoing/impulsive, infused with secondary features of the Dominant/controlling pattern, and supplemented by a Dauntless/adventurous tendency. This particular personality composite can be labeled “amorous narcissism” or, in political terms, “high-dominance charismatic” — charismatic by virtue of the highly elevated primary Ambitious–Outgoing amalgam.