Forbes has a lot in common with Gore 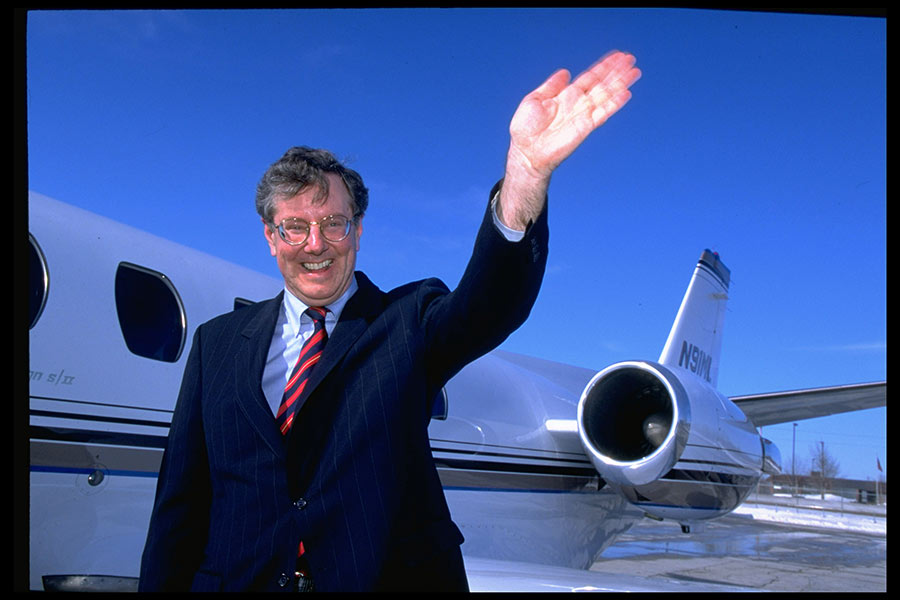 Recently, in an interview on Fox News Channel’s “The O’Reilly Factor,” host Bill O’Reilly ambushed one of us with the question, “Why is [Steve Forbes] running so hard [for president]?”

At the time, we could muster little more than a lame “Steve Forbes is difficult to read,” deflecting the question for the time being.

But the question is an important one — both for voters and for those with an academic interest in presidential politics and the personality beneath the political persona.

To fathom Forbes’ presidential ambitions, one has to understand that his father, presiding over the Forbes publishing empire, was an extremely powerful man with his own political passions, who served in the New Jersey Legislature and twice ran — unsuccessfully — for governor in the 1950s.

Undoubtedly, Steve Forbes owes much of his ambition and success to his father.

This is not to say that the younger Forbes has not succeeded by dint of his own hard work and ingenuity. With Steve Forbes at the helm, Forbes magazine has become the industry leader in advertising pages, a feat his father never achieved.

The emerging picture of Steve Forbes is in some ways quite similar to that of Al Gore, whose father was a U.S. senator.

Both men had powerful, successful fathers who reached the pinnacle of success in their chosen careers. Both fathers were active in politics, yet never realized their presidential dreams.

Without delving too deeply into their hidden psychological motives, on the face of it both Forbes and Gore — coincidentally, both named after their fathers — are carrying the torch of their family name.

But what we do know is that Forbes and Gore have strikingly similar personality patterns — and some telling differences.

First and foremost are their shared conscientious tendencies. Conscientious personalities are dependable, disciplined, prudent, and restrained. They are diligent about duty and responsibility and dedicated to moral principle. Their characteristically solemn mood is conveyed in an unrelaxed, strained demeanor — the outer residue of their inner tightness — which accounts in large measure for their deficits in political charisma.

Though these traits can hamstring a candidate on the campaign trail, within reasonable limits they can be admirable qualities in a leader. A potential flaw in leaders with this makeup is a self-defeating propensity for dogmatically pursuing personal policy preferences.

For Gore, what comes to mind is his erudite but in places bizarre environmental treatise, “Earth in the Balance,” which may come back to haunt him in his quest for the Oval Office.

In the case of Forbes, we need look no farther than his abortive Johnny-One-Note flat-tax 1996 presidential campaign.

Beyond their conscientiousness, both Forbes and Gore have an aggressive streak — though it is a defining character trait for neither. More pertinently, their aggressive leanings have dissimilar roots and, we believe, vastly different functions.

To appreciate this point, we must turn to a third commonality, social reserve, which despite surface similarities marks the pivotal personality distinction between Forbes and Gore: Forbes is shy but not an introvert, while Gore is introverted but hardly shy.

The distinction is more than just semantic. Genuine introverts like Gore are little moved by prospects of pain or the promise of pleasure; they are complacent, most content when left to their own devices.

In contrast, diffident personalities like Forbes deeply desire social acceptance but are sensitive to rejection, and dread humiliation.

Though somewhat of an oversimplification, we can state in general terms that for Forbes, negative campaigning and personal attacks are preemptive strikes to ward off the threatening prospect of humiliation.

The roots of his aggression in fear of shame is revealed in the vindictiveness and gratuitous quality of Forbes’ preemptive counterdenigration: He called Pat Robertson a “toothy flake,” ventured that Jesse Ventura was living proof that professional wrestlers ought to wear protective headgear, and suggested that Gore himself could serve as case in point of the effects of global warming on the human brain.

For the Spock-like Gore, aggression is more of a strategic — even conscientiously rehearsed — political ploy to one-up his opponent. True to his nature, his attacks are apt to be impersonal, hinging on the minutiae of public policy. Thus, Gore has charged that Bill Bradley’s proposals for health care will break the bank.

If Gore is the dutiful but overeager student desperately trying to impress the teacher (“I took the initiative in inventing the Internet”), Forbes is the forlorn schoolboy hoping against hope to be the first pick when choosing sides for basketball.

In the end, perhaps, discretion would dictate that Steve Forbes alone can answer Bill O’Reilly’s vexing question. But as even Forbes must realize, it is unlikely that he’ll get the Republican nod come convention time, much less be elected in November.

Yet, chances are he’ll run again, even if it means dipping deeper into the Forbes fortune to chase his dream.

Suzanne Wetzel is a senior elementary education major from Bismarck, N.D. She participated in the “Psychological Assessment of Presidential Candidates” course taught last fall by Aubrey Immelman, associate professor of psychology, at the College of St. Benedict and St. John’s University.